Origin of the person according to the version Zachariah Sitchina 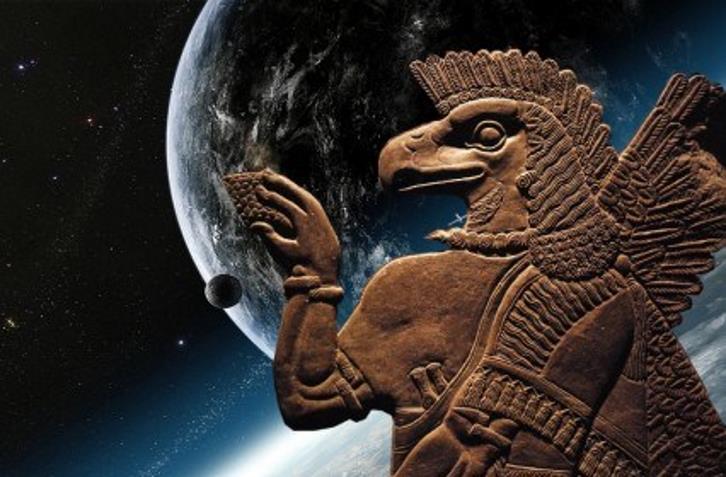 Various references about the annunakakh can often be met in articles of an ufologichesky orientation. Let’s try to understand why they became such popular and that they for this purpose made.

References about the annunakakh can be found in shumero-Akkad mythology. There they one of two (along with igiga) patrimonial groups or fratriya of gods inhabiting the earth, the underground world and heaven. Functions of annunak in mythology aren’t quite clear, but of them determination of destinies of people was possibly main. They could also mediate between gods and people, patrons and defenders of people.

Earlier about the annunakakh only archeologists and researchers of ancient Sumer knew, and excessively popular they were made by the writer-ufologist Zachariah Sitchin, having called annunak real creators of the Homo sapiens.

But about everything one after another. In February, 2001 scientists solemnly declared that human genome is deciphered. The truth there were more questions, than answers. Let’s begin with the fact that in human genome there was not 100 — 140 thousand genes as scientists assumed, and only 28 thousand.

Besides, it was revealed that human genome contains 223 genes which don’t occur more at one living being on Earth. They weren’t in the bottom of an evolutionary ladder, they didn’t pass from a step to a step, and then suddenly — time! — appeared at the top.

In what way could purchase such set of mysterious genes of people?

Scientists, having once again scratched napes, thoughtfully declared that the person “imported” them from… bacteria, besides not so long ago (that is evolutionary time scale) and not down Life trees, and across, sideways, so to speak. And what here still you will think up if in the bottom of them isn’t present: there the genetic gap gapes?

However, whether it is worth arguing on such trifles? You will think, some 223 genes from tens of thousands there… Same real trifle! But it seems so only at first sight. Actually 223 genes are more, than two thirds of distinction between the person and a chimpanzee.

Really so enormous superiority of the person over other types was received thanks to “courtesy” of the infecting bacteria?

So, fortunately, not all think.
“It is jump which doesn’t keep within modern evolutionary theories” — Stephen Sherer, the director of the Center for creation of the card of a human genome in case of Baylor College of Medicine considers.

“We didn’t find an accurate source of bacteria for expected horizontal transfer of genes” — it was noted in the report of geneticists published in the Neychur magazine.

And then, from where such confidence that it we “were taken” genes from bacteria? Or perhaps they from us?
“Not clearly, whether there was a transfer of genes from bacteria to the person or from the person to bacteria” — writes “Sayns”, quoting Robert Uoterson, the codirector of the Washington group of the Center for disaggregation of human genome.

But if gave these genes to bacteria of people from where he took them? Vicious circle and only.

And here the option of an exit from this circle the ufologist Zachariah Sitchin famous since 1976 for the books about the Planet offered Nibira, Sumer alien gods and the paleokontaktakh of newcomers with people. In April, 2001 the edition of ufologists “Kosmivers” published its article “Case of Alien Genes of Adam”.

In it the researcher claims that the person was in its current form created by genetic engineering. And to how he considers, there is a mass of proofs. Let’s tell, in the Old Testament version echoes about visit of Earth by antique astronauts whom people accepted for space gods remained.

And the most ancient of such certificates — even not bible legends on Adam’s origin. In the Bible, according to Sitchin, only retelling of much more ancient Sumer and Akkad texts which were once written on clay tablets is this. And in them the converter part in genesis of the person is assigned to annunaka — those who “came from the sky to the earth”.

After this article to Sitchin huge popularity came, and his books about Nibira and the annunakakh began to be bought up as hot pies.

As Sitchin claims, annunak arrived to Earth from the planet to Nibir about 450 thousand years ago (it Marduk). Its extended orbit lies so that from Earth it is observed only once in 3600 years.

Once in search of minerals of an annunaka have landed to Earth. When the labor was necessary for them for conducting prospecting works, one of heads of an expedition, the scientist by the name of Enki, has suggested to improve slightly the hominid (person Pryamokhodyashchego) existing then on Earth, having added him some genes “more advanced” annunak.

As Sitchin writes, it also has been made by means of Ninkharsaga, the chief physician of annunak.

After several tests and mistakes at last more or less suitable model has been received. The others had to be rejected. Here to you, by the way, and an explanation why nowadays paleontologists find several predecessors of the modern person at once. It becomes clear and from where unique 223 genes — from annunak they have undertaken, but not from bacteria. 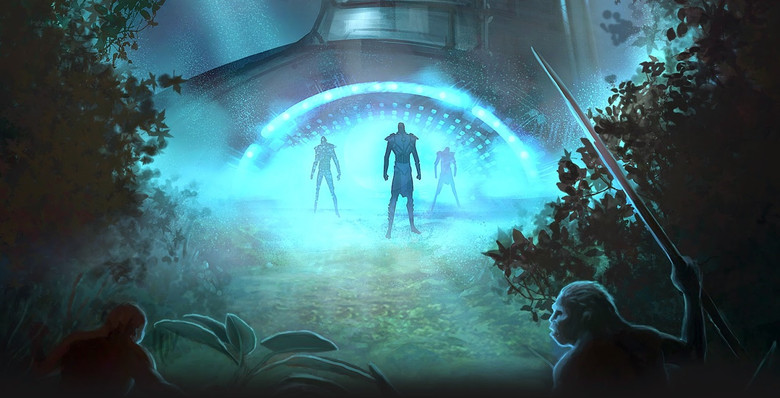 By the way, according to Mesopotamic sources as the admirer of the ideas of Sitchin English ufologist-researcher Alan F. Elfard notes in the book “Gods of the New Millennium”, the first person has been created as the slave. Also his first name in Sumer texts — to a lu-l isn’t casual — it is translated as “slave”, “worker”, “servant”. And all these “God’s slaves” (as, by the way, they are named also in the Bible) had to serve heavenly masters.

And slaves therein, seemingly, more than once “remade”. So gradually the term of their life has been reduced from thousands and then hundreds of years to present. So not incidentally in the Bible there were memories of the wise men living many hundreds of years.

Reduction of term of life has happened, it is possible because people began too to breed actively. Besides, it is easier to train young people new, than elderly, and each next generation is qualitative better than previous.

However, first people were cloned simply. Too it is directly told about it in the Bible. Only our general progenitress was made, of course, not of Adam’s edge, and of his DNA. Have carried out it reorganization of the 23rd couple of chromosomes, having removed from men’s the U-chromosome. So the female individual had had a chromosome of the X—X.

This genetic surgery is described in one most ancient source — the Babylon myth “Atrakhasis”. Today it is read as some kind of instruction on cloning of the first people: “… seven was born a masculine gender, seven — women’s… They were created by couples”.

Since then people have found ability to reproduction similar. And three sons of Nov born at the same time, but three different women, have genetically programmed as ancestors of three races. That is why at all at us — white, black, yellow — the same genetic code though have adapted us for life in different terrestrial conditions (hot tropics, permafrost, etc.), Elfard believes.

For what, ask? That not to do to space “gods” manual labor. Or perhaps and in order that further we could serve as genetic raw materials for the following stages of hybridization that, probably, now and occurs.

Ourselves have appeared as hybrids 300 thousand years ago and now we are used for creation of new hybrids. Perhaps, it is time to add to us the next 223 genes or 332. You look, we will become cleverer, we will stop killing each other and to ruin the planet.