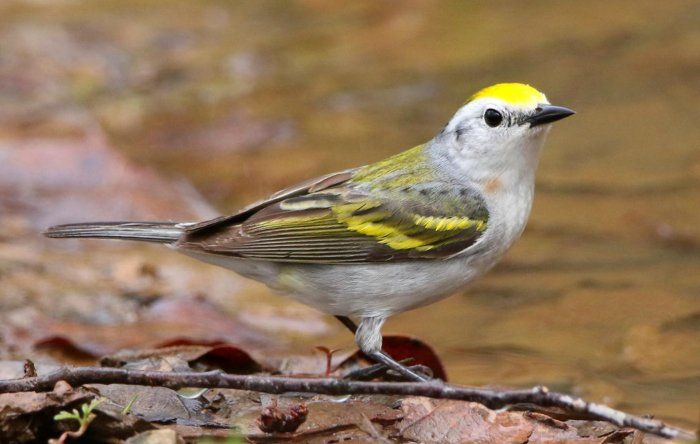 An unusual warbler has been found in Pennsylvania – it is not a hybrid of two, as often happens, but three different species of birds. His mother was a hybrid of two kinds, and his father was a warbler of a completely different, third kind.

For the first time a bird in May 2018 was noticed by an observer Lowell Burket. Filming her on video, he noted that her color looked like a golden-winged (Vermivora chrysoptera), and a blue-eyed (Vermivora cyanoptera) penochkoy pevun, but his singing was more like a yellow-capped forest pevun (Setophaga pensylvanica).

Researcher David Toews responded to the message about an unusual find. Tracing the bird, ornithologists took a sample of its blood to compare it with samples of other species. Guess Burketa was confirmed: the bird really was the result of mixing these three species. The mother turned out to be a bird, a hybrid of the golden-winged and blue-winged frochnous warbler, which mated with a representative of the yellow-capped forest warbler, successfully breeding offspring. The work was published in the journal Biology Letters.

The fact of the emergence of a hybrid of three species is unique and recorded for the first time. However, there is also an occasion for unrest: this phenomenon may indicate that in the wild there is a shortage of suitable partners, which causes the birds to mate with other species, confirming early observations of a decline in the golden-winged froth populations in the Appalachian region (eastern United States). 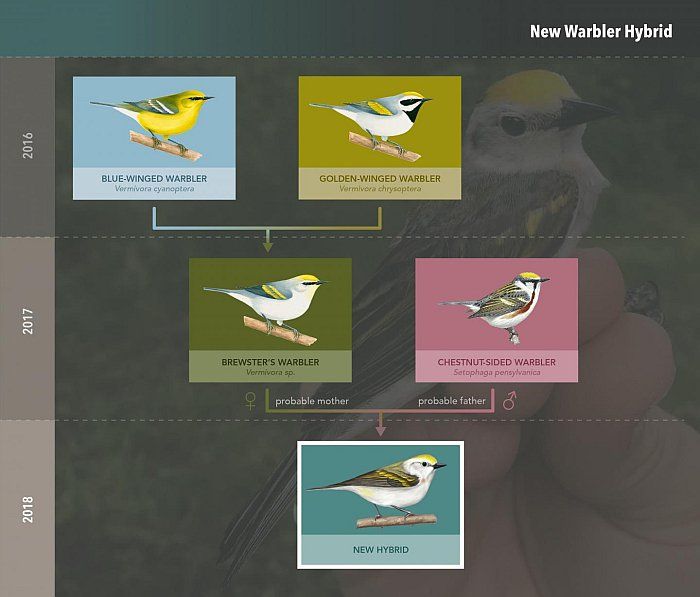 “The fact of hybridization of golden-winged Foch warblers, among which there is a significant decrease in the population, suggests that females are not doing well. In addition, the fact proves that this species as a whole remained genetically compatible after a long time after they changed in appearance, ”says Toys.

It is known that some hybrids of birds remain fertile and able to breed, and the mother of the found triple hybrid confirms this. However, it is not known whether the triple hybrid itself is capable of reproduction. And if he is capable, doesn’t he look too unattractive and strange for females to choose him as a partner for mating?

“This finding of hybridization hybrid provides a great basis for studying the movement of genes between different species that are not yet observed or described in birds,” the paper says.