Other dimensions do exist 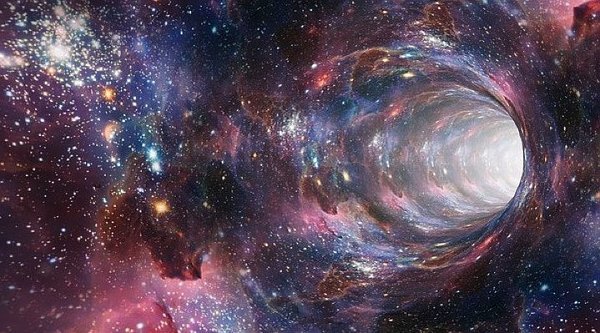 Physicists conducted experiments that allowed us to fix in our three-dimensional world the effects of events occurring in four-dimensional space.

In addition to the usual three dimensions – length, width and depth – there really exists, at least, one more spatial dimension.

American, British, Israeli, German and Swiss scientists from several institutes conducted experiments that allowed such a sensational conclusion to be made. The Pennsylvania State University, the Institute for Theoretical Physics, the University of Pittsburgh, the Holon Institute of Technology, the Max-Planck Institut für Quantenoptik , School of Physics and Astronomy, University of Birmingham).

Researchers have created special structures of atoms, cooled to almost absolute zero, and photons. These structures behaved as if reacting to events that occurred outside of our three-dimensional world and exerted influence through an “additional” – the fourth dimension.

Specifically, in the experiments carried out now, it was possible to reproduce the four-dimensional quantum Hall effect. About what the journal Nature reported in two publications – Exploring 4D quantum physics physics with a 2D topological charge pump and Photonic topological boundary pumping as a probe of 4D quantum Hall physics.

– Perhaps, there will be a new physics, taking into account higher spatial dimensions. And devices will be created that, thanks to this, will be able to work much more efficiently in the usual three-dimensional world.

Who knows, suddenly it will be possible to penetrate into the fourth dimension. And it turns out that “along it” pass through the fabric of space-time – the same “wormholes” that connect the remote parts of the universe.

By the way, scientists have always doubted that the number of spatial dimensions is limited to three. As early as the century before the Austrian physicist Ernst Mach wrote: “Satisfactory theory of electricity has so far failed to create, perhaps, from the fact that the electrical phenomena were invariably wanted to be explained by molecular processes in a space with three dimensions.”

Now there are very exotic theories of the structure of the universe, in which space is stretched as much as 11 dimensions, and elementary particles are actually strings that look like point objects only in our world. That is, they represent some traces that stretch from higher dimensions.

hi i think this is %100 percent fake if there were other dimensions i would have heard about them somewhere else than e sketchy “.com”.