Our universe can be infected with extraterrestrial viruses 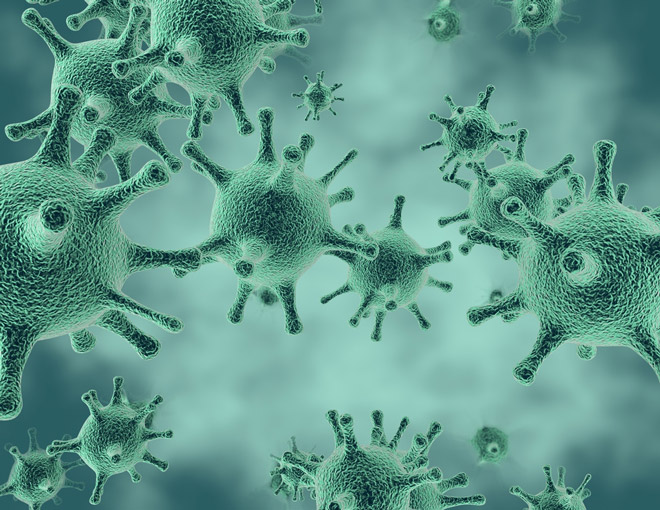 Usually everyone thinks that the first form of life that we will find on another planet, satellite or other cosmic object, will be some kind of microbe. But for some reason no one assumes that we will get an alien virus. And it’s strange, considering how fertile and successful these biological creatures on Earth are.

A new study is designed to correct this omission by referring to a completely new discipline known as astrovirology.

Viruses exist on the Earth in huge quantities and go back to the very origins of the origin of life. Viruses on our planet are 10-100 times larger than any other cellular organisms, so it is reasonable to believe that they exist in other worlds.

Despite their prevalence, scientists are surprisingly little aware of these “gene clusters” and how they function. Worse things are with the study of the possible existence of viruses elsewhere in the solar system and beyond. For example, in NASA’s 2015 Astrobiological Strategy, there is almost no mention of viruses, and the main focus is on the search for cellular alien microorganisms.

In a new article published in the scientific journal Astrobiology, Kenneth Stedman of the University of Portland (USA) argues that it is necessary to fill this omission, and astrobiologists should investigate the possibility of the existence of viruses in the entire universe. To this end, Stedman proposes to create an area of ​​astrovirusology, to begin developing strategies and tools necessary to search for viruses outside of our planet.

In 2012, he discovered a completely new group of viruses capable of living in hot lakes, consisting mainly of boiling acid. This discovery showed that viruses can develop and thrive even under such extreme conditions. They reproduce themselves by replication, or self-copying, and are constantly adapting. There is also indirect evidence that the viruses are incredibly ancient. Thus, the idea that they are scattered throughout space, seems quite plausible. Of course, they may differ from terrestrial, but nevertheless they will be viruses, the scientist says.

For the further development of astrovirology, Steadman asks NASA and other space agencies to look for viruses in liquid samples taken from planets and moons in our solar system, such as Europe and Enceladus, to develop tools for their search in ancient sediments on Earth and Mars, whether viruses can survive in space.

“We need to develop existing tools, put an electron microscope on a spacecraft, or develop other microscopic technologies that can detect molecules, not just atoms.” In his opinion, the detection of viruses in other places of the solar system does not give any reason for panic. “Viruses have a bad reputation. But if we find viruses on other planets, it will be an indicator of life, not something that should be feared. “