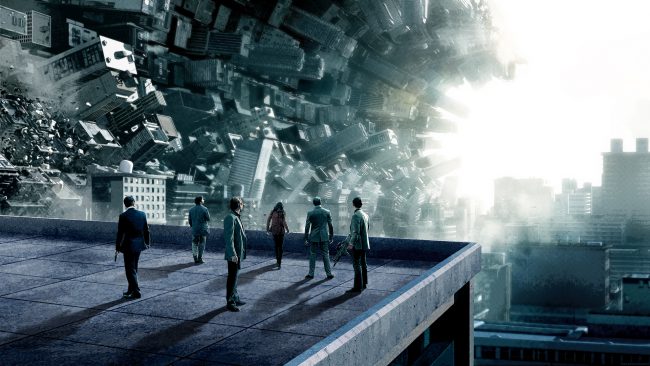 Over the past few years — not decades, as you might think, and years — the idea that we live in a virtual world, gained unprecedented popularity. Yes, the idea of movies like “the Matrix gained fame in his time, but the General public started to think about the depth of this idea only with the widespread use of Internet, games, fruit of quantum mechanics and, again, films on this subject. A few months ago to this subject was even addressed one of the loudest voices of our time, “billionaire, philanthropist and playboy” Elon Musk. For me, the theme of life in the virtual universe has become almost a religion — and you could not fail to notice.

The funny thing is that Musk is likely right.

But it doesn’t matter.

And before we find out why, let’s get back to basics. Why our world can be… an illusion?

The idea of a computer simulation of our world goes back to the ancient Greeks. They called it just a dream, dream, fantasma. The first thing to learn: our perception of reality is separate from reality itself. Reality is just an electrical impulse, which is interpreted by your brain. We perceive the world indirectly and imperfectly. If we could see the world as it is, there would be no optical illusions, no color-blind, no magic moving pictures.

In addition, we test only a simplified version of all this is mediated by sensory information. Why? Because the observation of our world requires a lot of computing power — so the brain break it up into heuristics (or simplified, but still useful view). Our mind is constantly looking for recurring images, patterns, patterns, patterns in our world and builds them in accordance with our perception.

From this we can draw the following conclusions:

Our perception is different from reality itself. What we call reality is just an attempt of our brain to process the incoming stream of sensory data, sensory experience.

If our perception of reality depends on the simplified flow of information, no matter what the source of this information — be it the physical world or a computer simulation that feed us the same information. But how realistic is it to create a powerful simulation?

Let’s look at the Universe from a physical point of view.

A brief history of the laws of the Universe

From the point of view of physics, everything is based on four basic forces: strong interaction, electromagnetic force, weak interaction and gravity. These forces govern the interaction of all particles in the known Universe. A combination and balance define this world.

The calculation of these forces and simulation of simple interactions is a pretty easy task, and we’re doing it to some extent. This calculation becomes more difficult, the more the particles begin to interact with each other, but it is a question of computing power, not fundamental capabilities.

At the moment we do not have enough computing power to simulate a universe. Physics can tell you that simulating the universe on the computer is impossible — not because it’s difficult, but because the computer, which will simulate the job, must be greater than the universe itself. Why? Because you will have to simulate every particle, and this will require bits and bytes to store its position, spin, and type, as well as for calculations.

No need to be a Professor to understand the impossibility of this event. However, this approach has disadvantages that arise from mathematical warehouse of most physicists.

There is a big difference between modeling the entire universe and creating a virtual sense of life in the universe.

And here we again will help heuristics. Many computing scenarios would be impossible if our human mind was not so easily fooled. Calculations in real time, moving image, video streams, and much more — all this gives us a sense that all is continuous and does not stop, though deception lies at the heart of the usual reality.

The main trick remains the same: reduce detail, until you find the best balance between quality and complexity that our minds could not detect the difference.

There are many tricks that we can use to reduce the necessary calculation power to simulate the universe on that level where we can believe in. The most obvious of them: no need to render something that no one is watching. You probably know about the Heisenberg’s uncertainty principle and the observer effect. Modern physics tells us that reality, but rather the smallest particles of which it is composed depend on the observer. Roughly speaking, the forms don’t exist while you’re not looking. And try to prove the opposite.

Another trick that you can use to create a universe that will seem vast and limitless, even if it is not. Sharpness of distant objects, you can save huge amounts of computing power and generate the objects only as they are discovered. For example, there is a game No Man’s Sky uses procedural generation of worlds as they are discovered, and their number is truly infinite even in this little computer game.

Finally, you can add the basic physical principles that significantly complicate or make impossible the achievement of any other planet. Beings are attached to their own world. (The speed of light or exponentially expanding universe, cough, cough).

If you combine these tricks with math tricks like repeating patterns and the foundations of fractal geometry, it is possible to obtain a good working heuristic model of the universe that will seem almost endless and limitless. And yet this does not explain why the theory of the virtual universe became so popular. Why do we with high probability are in this world?

Argument modeling (simulation) is a logical chain suggested by the Oxford University philosopher Nick Bostrom. It is based on some assumptions, which, depending on your point of view can lead to the conclusion that our universe is most likely illusory, simulated. It’s simple:

To simulate a universe is possible (this premise we considered above).

As soon as such companies will succeed, it will create a lot of different models a number of simulations will be absolutely countless. After all, everyone wants to have their own universe.

When the model reaches a certain level (of development), it, too, will create its own simulation, and so on.

If you know math, you will soon get to the point where you have to admit that the likelihood of living in the real world is extremely low, since she is just miserable compared to the number of existing simulations.

If so see can be somewhere in the 20 step ladder vicious simulations, that goes from the real world.

The first thought that arises after realizing this, plunges into shock and horror. Because to live in the virtual world a bit creepy. But there is good news: it doesn’t matter.
“Real” is just a word, information — only currency

If the universe is simulated, it is essentially a combination of bits and bytes (or qubits, or something else) — that is, information.

If the universe is information or data, and you will too. We all information.

If all we information our bodies are just a representation of this information — like avatar. The information has one good property: it is not tied to a particular object. It can be copied, transformed, changed. Just need to have the appropriate tools.

Any society capable of creating virtual world is also able to give your “personal” information of the new avatar (because it takes less brains than the creation of the universe).

All this leads to the idea that we are all info and information is not tied to a specific object like your body. Philosophers and theologians have been trying to find the connection between soul and body, and scientists (the ones with a mathematical view of the world) are seen as skeptical philosophers, and the concept of the soul. In the end, the theory of the virtual world is another religion, a bit more modern than others. Or offer a more rational explanation of the universe.

Let’s summarize. The reality of information as we are. The simulation is part of the reality that it creates, and everything that is born then, we modeled from the point of view of those who were simulated. Therefore, the reality is that we get along with sensual experience. From a physical point of view, in quantum space there is no objectivity — only a very subjective term. It turns out that all “real” until you feel, see, understand, realize and comprehend with everyday experience. The universe, which was modeled as real for its inhabitants as the true world for us. Should we worry about? No. Except that once again admire… all well arranged.