“Out of nowhere” A model of solar storms 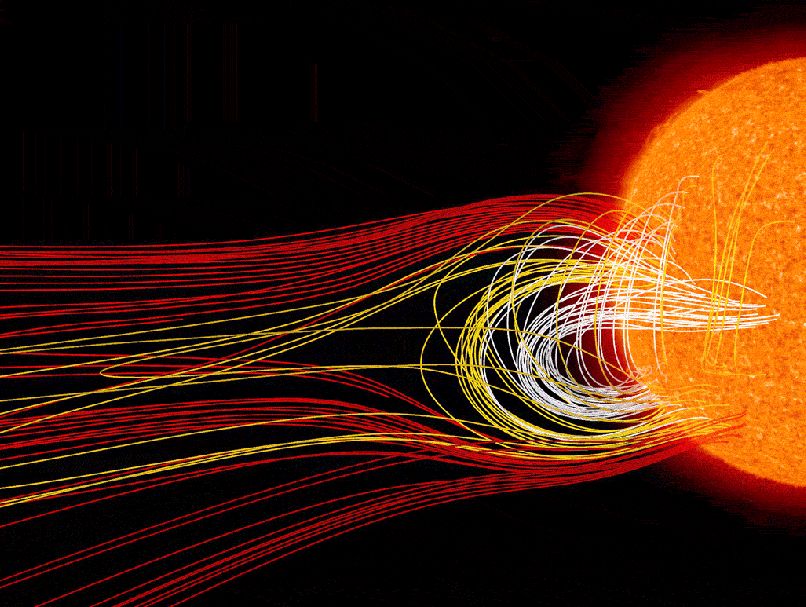 Our constantly changing Sun continuously emits into the cosmos streams of solar material. The largest of these emissions of matter is called coronal mass ejections (CME). These solar storms often occur with a preliminary “warning” – a bright fiery flash, the release of a large amount of heat or a whirlwind of solar particles. However, solar storms of a different kind have long left scientists at a loss for the reason that they do not precede appreciable events that could be interpreted as “warnings” – and so scientists dubbed such solar storms as “hidden” CMEs (stealth CMEs).

Now an international team of scientists led by researchers from the Space Science Laboratory of the University of California at Berkeley, USA, has developed a model that reproduces the evolution of such “hidden” solar storms. In their work, the researchers relied on measurements taken with the help of NASA’s STEREO and SOHO missions, correcting their models until they met the results of observations with high accuracy. This work demonstrates how a slow, quiet process can unexpectedly lead to the formation of a twisted ball of magnetic fields on the surface of the Sun, which then opens, and a clot of matter is thrown out into space – and all this happens “without warning”.