Over 10 years, two-thirds of insects disappeared from the meadows of Germany 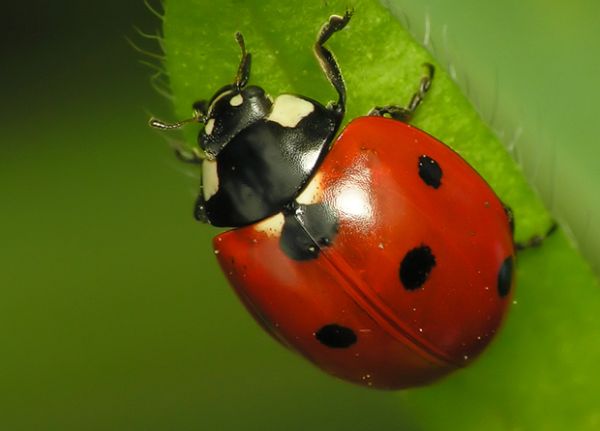 Having made a series of successive measurements of insect biomass, researchers from Germany found a drastic decrease in ten years. For forests, losses amounted to about forty percent, and two-thirds of insects disappeared in the meadows. Screening results published in the journal Nature confirm the contribution of agriculture to this process.

The role of agriculture and humans in general in the extinction of insects has been repeatedly confirmed by both quantitative studies on accounting for biomass and a qualitative analysis of their diversity. Pollinators are best studied in this regard: the use of pesticides and a decrease in the diversity of meadow grasses due to active land use significantly affect their lives. Other species are also known from the collected data, but this information is incomplete and rather scattered. Direct observation of how general trends in insect communities change over time and how agriculture affects it would make it possible to systematize knowledge in this area and confirm indirect assumptions about the mass extinction of insects.

To do this, Sebastian Seibold and his colleagues from the Munich Technical University used the resources of the Exploratorien Biodiversity project. For ten years, they monitored the number of insects in 150 meadow and 140 forest research sites in three regions of Germany. Not all of them were counted every year, but in total more than a million insects of 2,700 species passed through the hands of researchers.

Monitoring has shown a radical decrease in the diversity of insects and their biomass. Meadows were particularly affected: the number of species decreased by 34 percent, and the total biomass by 67 percent. This trend is particularly noticeable in communities closely linked to agriculture. In forest communities, the losses were less, but also noticeable: diversity fell by 36 percent, and biomass loss was 41 percent. 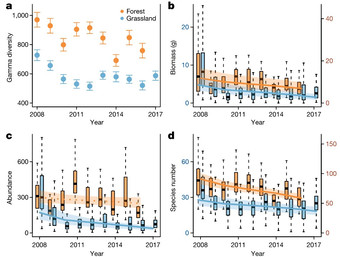 Researchers have found that the biomass of meadow species has decreased regardless of the prevalence of the species. As for the complete extinction of species, it was expected to affect mainly rarer species. In forest species, the prevalence initially turned out to be less, the researchers did not notice the difference in extinction between more and less common insect species.

This is not the first evidence of the mass extinction of insects. Thus, according to information published in the report of the Intergovernmental Group of Experts on Biodiversity and Ecosystem Services (IPBES), today up to one million out of approximately eight million species known to mankind are threatened with extinction.