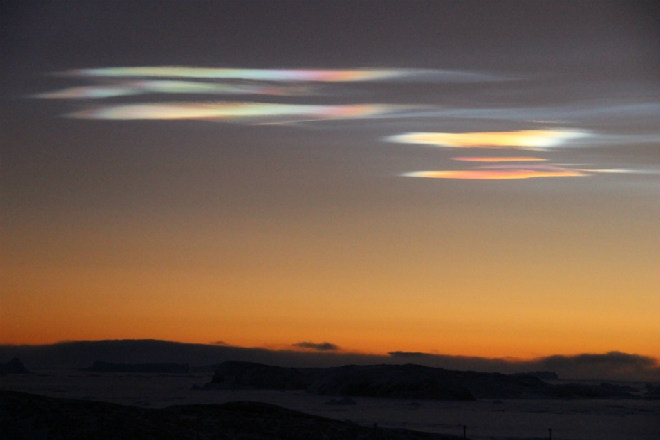 Bright colors appeared in the sky over Antarctica, but it was not the Aurora. Instead of lights, pastel stratospheric clouds float over the frozen continent. The employee base of the Indian station Bharati in Antarctica B. Sudarsan Patro captured “Ghost” in the sky on June 17.

“The clouds were absolutely stunning. It was really amazing and was a new experience for all of us,” says Patro.

Polar stratospheric clouds (also known as “pearl”) is an ice shining structure in the lower stratosphere. They are formed when the temperature drops to -85 °C. So cold a must have for the crystallization of ice.