Oysters have become indicators of the level of ocean pollution 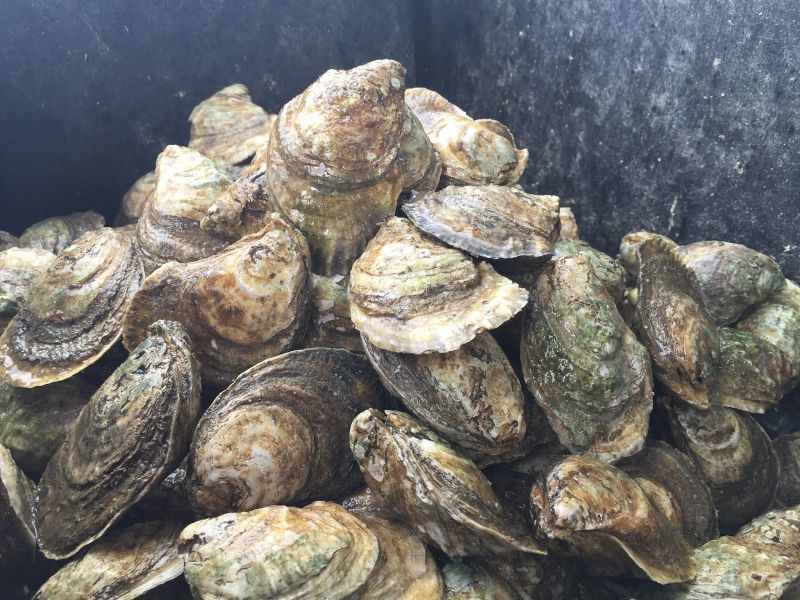 The nature of the food of oysters, living next to the sea oil platforms, helps to detect the smallest particles of oil in the water. Careful observation of mollusks will prevent oil spills.

Thinking about oysters, we often present them on our plate. However, these mollusks proved to be even more useful than we thought: they can help scientists identify leaks on offshore oil platforms.

The researchers suggest that about 70 percent of the total world oil volumes are in the sedimentary layers of the seas and oceans. The Americans began actively to extract oil from sea deposits in 1968, for the first time having lowered the vessel with the built-in drilling rig. Unfortunately, the catastrophes on such offshore oil platforms cause the greatest damage to nature. Suffice it to recall the largest accident on the Deepwater Horizon oil platform in the Gulf of Mexico in 2010. After the explosion and fire, about five million barrels of oil poured into the water and an oil slick of about 75,000 square kilometers was formed. In the same year, 6814 dead animals were found in the affected area.

Not every catastrophe can be prevented, but it is necessary to monitor the integrity of the platform. Scientists have found out that oysters can be a good detector of small hydrocarbon particles in water. The fact is that mollusks daily pass through themselves tens and even hundreds of liters of water. Oysters feed by driving water through themselves, as through a filter. They absorb food particles suspended in sea water, which are single-celled animals, plants and small larvae.

To learn how oysters react to hydrocarbon particles in sea water, a group of researchers from France placed them on one of the oldest research bases in Arcachon Bay in a separate aquarium of concrete blocks, plastic foam, old bicycle tires and even tennis balls. To the twelve mollusks in the resulting reservoir, electrodes were added to measure the frequency with which oysters open and close the flaps, passing water through them. A sharp increase in the intensity of this process occurred when animals experienced stress caused by the addition of hydrocarbon to water. The higher the concentration, the more often the shells were opened and closed. The experiment was repeated in various areas, including the Barents Sea off the coast of Norway and Russia and canals dug in the south-west of France. 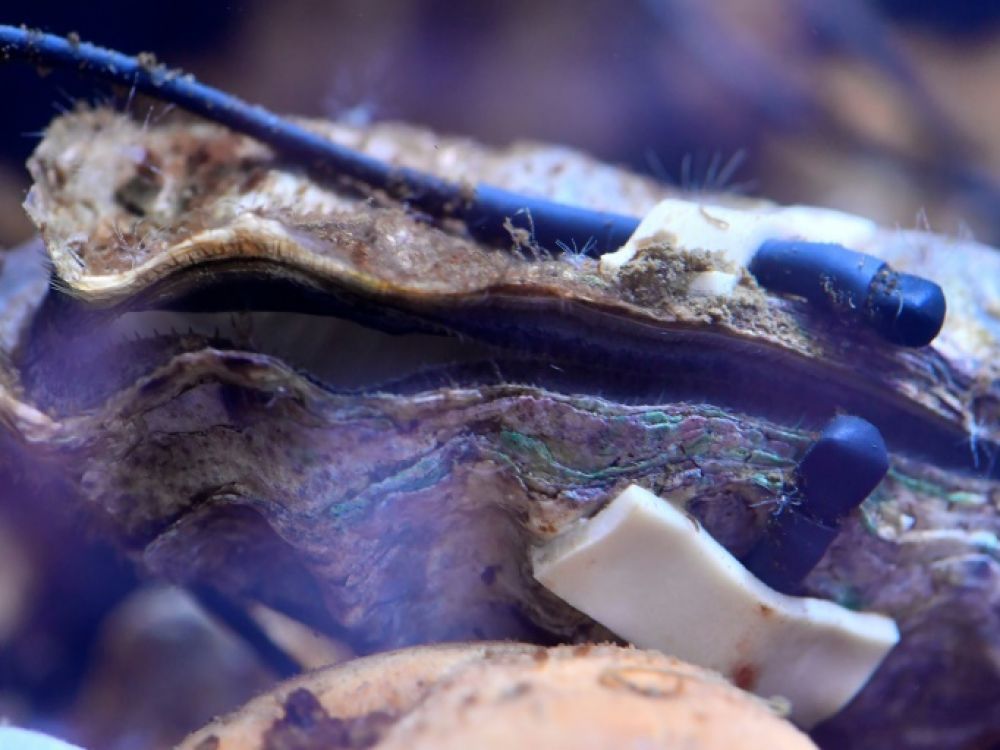 Oyster with electrodes attached to it / © AFP

About the amazing ability of oysters to filter water has long been told by the American organization Florida Oceanographic, which is also interested in restoring the population of mollusks in the mouths of rivers. The authors of the project believe that oysters can even improve the quality of water. In support of their words, they published a video on how dirty water is cleaned by shellfish.