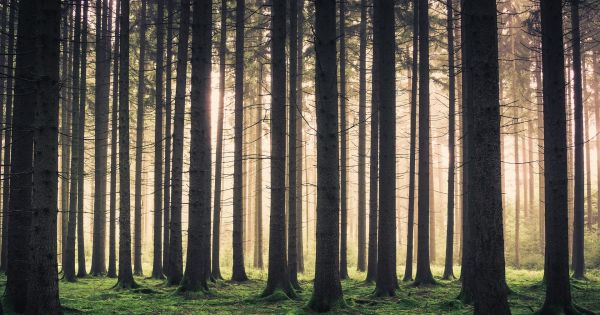 The new study concluded that a concerted effort to plant our planet will have the same impact as a total refusal to use petroleum products as fuel. This natural climatic solution includes forest plantations and protection of peat bogs that bind carbon dioxide.

There is a growing concern in the world about how civilization contributes to global warming, and as a result, more countries are making efforts to reduce harmful impacts, such as the use of fossil fuels. Although such actions are certainly useful, a study published in the journal of the Academy of Sciences suggests that intense planting of the planet will have the same effect.

A study by an international team of scientists shows that natural solutions, such as protecting peat bogs that bind carbon dioxide, and improving methods for exploiting soils and pastures could achieve by 37 percent of the targets set by the Paris Protocol of 2015 by 37 percent.

In fact, “re-gardening” would have the same effect on the content of CO2 in the atmosphere, as well as the complete cessation of the burning of petroleum products.

Being green is not easy

The amount of CO2 absorbed by forests is often underestimated. Only in the US, trees absorb 11-13 percent of all CO2 released from fossil fuel combustion. But over the past 25 years, 10 percent of all forests have been destroyed.

Fortunately, there are programs to stop activities that damage nature, and to promote efforts to grow forests. Governments are tightening the rules to protect forests, and new technologies are being used to restore forests – one such project involves the use of drones for forest planting, in the amount of 100,000 per day, far exceeding the traditional possibilities.

In some countries, an unconventional approach has been applied, and vertical forests are being built – high towers planted with vegetation. In China, the construction of a whole “forest city” has begun, capable of absorbing 10,000 tons of CO2 and 57 tons of pollutants per year, while allocating 9,000 tons of oxygen.

But it may turn out to be too late. Recent research suggests that extreme weather events, such as El Niño, can greatly affect the planet’s ability to reduce CO2, and climate change contributes to the growth of such phenomena. In addition, illegal deforestation is increasingly destroying the rain forests of the Amazon, and the efforts made can not stop it.

The situation is unambiguous – to keep the planet fit for life, it is not enough to deal only with atmospheric emissions. A concerted effort is required to beautify the planet, including with the goal of increasing the absorption of carbon dioxide.