Ozone hole over Antarctica has grown this year 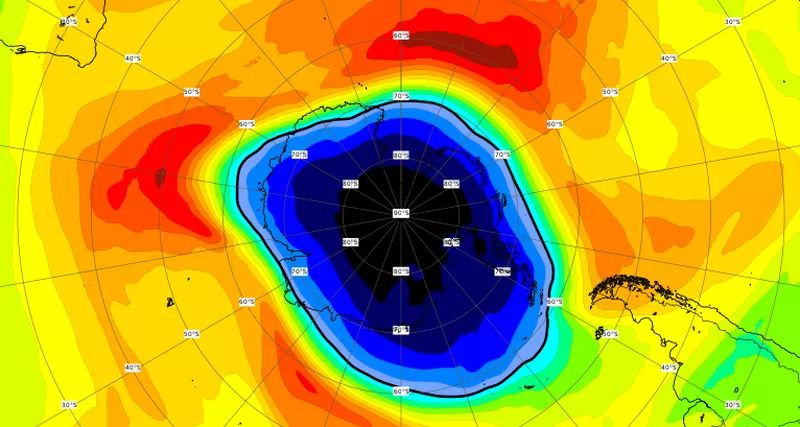 The Copernicus European Atmospheric Monitoring Service (CAMS) has reported that the ozone hole over Antarctica has reached its peak this year. Now its size is considered one of the largest in recent years.

The ozone hole over Antarctica has been around for over 35 years. In some years it becomes smaller, in some – more. Scientists believe that the only reason a hole can grow is human behavior. And it seems that new data suggests that we are doing something wrong again.

2020’s #OzoneHole is both larger and deeper than most in recent years. This is being driven by a strong, stable and cold polar vortex, with all signs pointing to continued ozone depletion in the coming days.#Ozone monitoring➡️https://t.co/c2tPB8OBuQ pic.twitter.com/MPiae3I5tL

Depletion of the ozone layer over Antarctica was first noticed in 1985. And so, for 35 years, every August, at the beginning of the Antarctic spring, the ozone hole begins to grow and reaches its peak by October. The hole has already reached its maximum size in 2020, the researchers say, and it has definitely “been at the top of the size limit over the past 15 years.”

CAMS scientists use satellite data to monitor the size of the hole on a daily basis. Vincent-Henri Poy, director of CAMS, says the hole behaves differently every year. What experts see now is similar to the data from 2018, when the hole was quite large. But the size of the hole in 2019 was unusually small.

The depletion of the ozone layer depends on extremely low temperatures, so when summer begins in Antarctica, the danger can be considered as over. Destruction begins only at temperatures of -78 ° C, when special clouds can form in the stratosphere. They contain ice crystals that convert inert chemicals into reactive ozone depleting compounds.