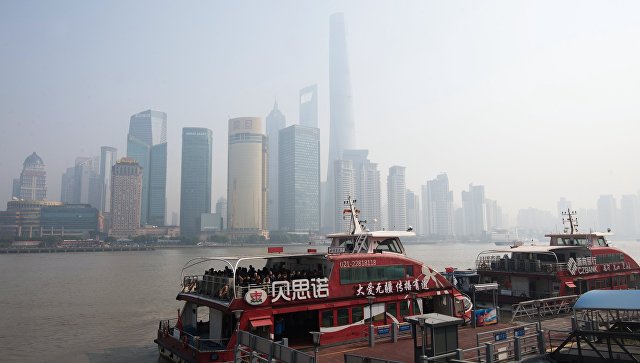 The ozone layer continues to shrink over the middle belt of Russia and other countries of the temperate climatic belt, despite the fact that the size of the ozone hole at the south pole is gradually decreasing, say environmentalists in an article published in the journal Atmospheric Chemistry and Physics.

“The declines in the ozone level that we recorded are noticeably less pronounced than what our predecessors observed before the adoption of the Montreal Protocol.” There is no reason to doubt the positive role of this agreement, but we still need to monitor how the ozone concentration is changing only at the poles, but also over large megacities in the tropics and mid-latitudes, “said Thomas Peter of the Federal Polytechnic Institute of Switzerland in Zurich.

In 1985, chemists from the United States discovered that freons and other halogen compounds destroy the ozone layer, killing thousands of ozone molecules before they break up. In some regions of the Antarctic, this process led to the appearance of “ozone holes” – the zones through which the ultraviolet radiation of the Sun unhindered reaches the surface of the Earth.

The rapid adoption and implementation of such plans, as scientists learned three years ago, suspended the growth of the ozone hole, keeping it within Antarctica and the Arctic. The first “visible” results from the ban on the production of freon scientists expected to see in the second half of 2020, but this process, as recently discovered by environmentalists, has already begun in recent years.

Peter and his colleagues asked a slightly different question – how has the state of the ozone layer changed in those regions of the earth where practically the entire population of the planet lives. To do this, scientists analyzed satellite images obtained by dozens of climate probes over the past three decades, and compared them with how the concentration of ozone at the surface of the Earth changed.

These measurements led to unexpected results. It turned out that the amount of ozone in the lower layers of the stratosphere in temperate and tropical latitudes either did not change compared to 1998, or even significantly decreased. At the same time, at an altitude of 40-45 km, its concentration was noticeably higher than in the past.

The reasons for this are not entirely clear, but scientists suggest that this may involve two phenomena – a sharp increase in emissions of other substances that destroy ozone and still live in the atmosphere for a very short time, as well as changes in the nature of the movement of winds in the upper layers of the stratosphere, associated with global warming, interfering with the formation of new molecules of ozone.

As the scientists emphasize, such conclusions do not indicate that the Montreal Protocol was completely useless – the photographs they have received confirm that the ozone holes over Antarctica are gradually dragging out, and that the concentration of this gas in the atmosphere as a whole continues to grow.

Nevertheless, the very fact of ozone depletion in the temperate and tropical latitudes suggests that scientists do not fully understand what factors affect the ozone cycle in nature. Their discovery and study, as environmentalists conclude, will be critical for protecting the largest metropolitan areas and places of congestion from solar ultraviolet radiation in the coming decades.