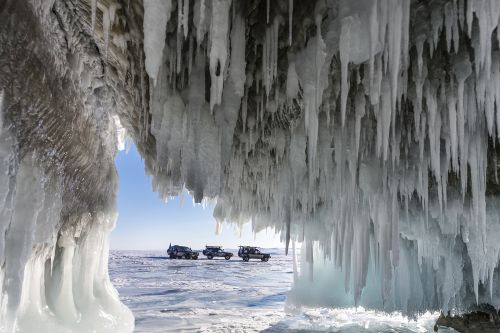 As a result of climatic reconstruction scientists from Bern university in Switzerland have established that about 1430 very strange climate reigned in Europe. The summer was normal, and winters – abnormally cold and frosty. Experts can’t explain yet, than such “mini-Ice Age” has been caused.

Paleoclimatologists when studying medieval Belgian and Dutch chronicles has incidentally come across records in which chroniclers complained of “cruel” winters. In chronicles it was said that reservoirs froze in Central and Southern Europe, and in all her corners there were heavy snowfalls. Residents of the northern countries of Europe had to kindle water and wine on fire. At the same time the spring came too late, closer by May.

These records have pushed scientists to more detailed researches. Scientists “have restored” climate of this mysterious decade on rings of trees, deposits of pollen at the bottom of reservoirs and to other climatic indicators. And data of chroniclers were confirmed. It has become clear that in the thirties the 15th centuries Europe have really covered abnormal cold weather.

Explain the reasons of mysterious “ice decade” climatologists can’t yet. According to their assumptions, eruptions of volcanoes and other natural phenomena which could cause so sharp fall of temperature in Europe didn’t happen during this period. It is remarkable that abnormal winters of the 1430th years didn’t meet for 400 years.