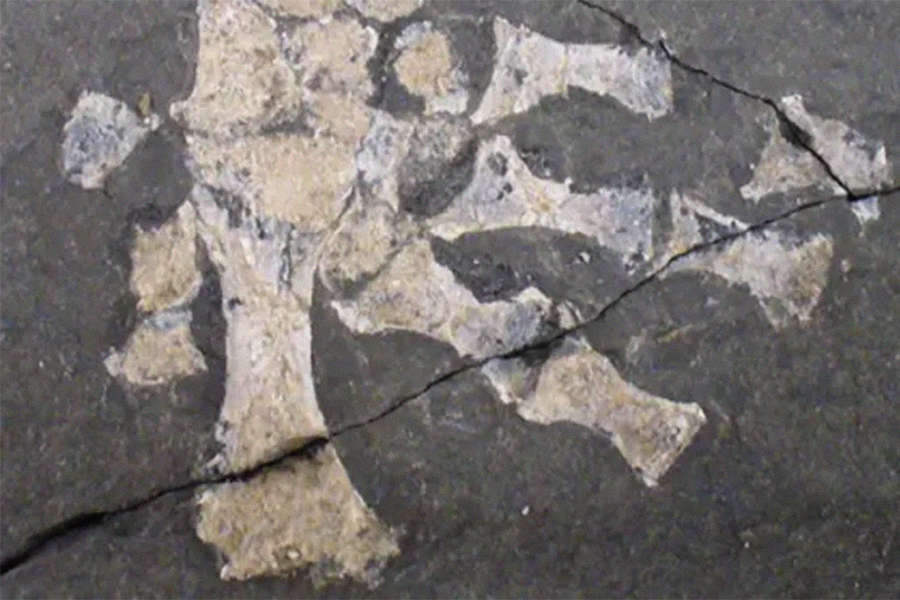 Paleontologists have analyzed a fossilized foot of a lizard-like animal found in Scotland. An article about this was published in Communications Biology.

This creature lived 330 million years ago, at a time when the territory of modern Scotland was on the equator and had a warm climate and rich vegetation. The fossil was found in the 1980s at the site of a prehistoric lake, but scientists believe it lived on land because the lake was too hot and had an unsuitable chemistry for life.

The discovered creature was given the name Termonerpeton makrydactylus, which roughly translates as “border crawler”, as the fossil was found near the border wall of the East Kirkton quarry.

The creature looked like a lizard and had short legs with large feet with long fourth toes.

“Modern lizards have a similar long fourth toe. It is believed that it increases the length of the step and helps to walk faster. It also makes it easier to walk on pebbles, sand and other uneven surfaces,” says Timothy Smithson of the University of Cambridge.

The creature does not belong to either amphibians or reptiles, as it lived before the formation of these groups. Scientists say that T. makrydactylus belongs to the line from which reptiles, birds and mammals later emerged, but is not their direct ancestor.

The analysis will help understand how early tetrapods adapted to walking.