Paleontologists have discovered a new type of dinosaur with a “mohawk” of huge spikes. 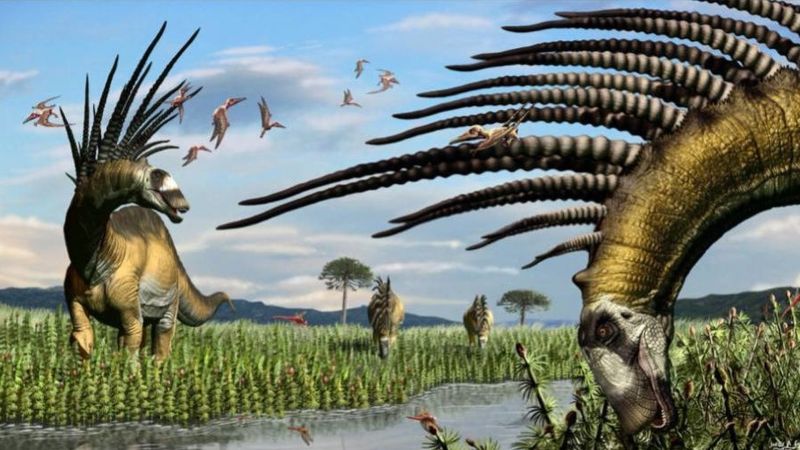 Paleontologists have described a new type of dinosaur that lived in South America 140 million years ago.

The remains of an amazing creature were found in 2013 on the territory of Argentine Patagonia. A new species is called Bajadasaurus pronuspinax.

According to the experts, the Baha-dazavras belonged to the gamblers (four-legged herbivorous dinosaurs) and were part of a small family called wild plant. Its representatives reached nine to ten meters in length and had characteristic outgrowths similar to spikes on their necks and backs (along the spine).

Actually, this is the main distinguishing feature of the bakhadazavr: they stand out from the long and sharp thorns with their “Mohawk” even against the background of other dikreozaurids.

It is noted that these spikes were slightly curved forward and probably served to protect against predators. The longest reached a length of more than 150 centimeters.

“If these thorns were just bare bone structures or were covered only with skin, they would easily break from the blow. They should have been covered with a keratin sheath, similar to the one present on the horns of many mammals,” says lead author Pablo Galina (Pablo Gallina) from the National Council for Scientific and Technological Research of Argentina.

According to him, the massive “mohawk” of thorns was hardly intended for active “combat operations.” Rather, he should have warned carnivores that they could be repulsed in the event of an attack. 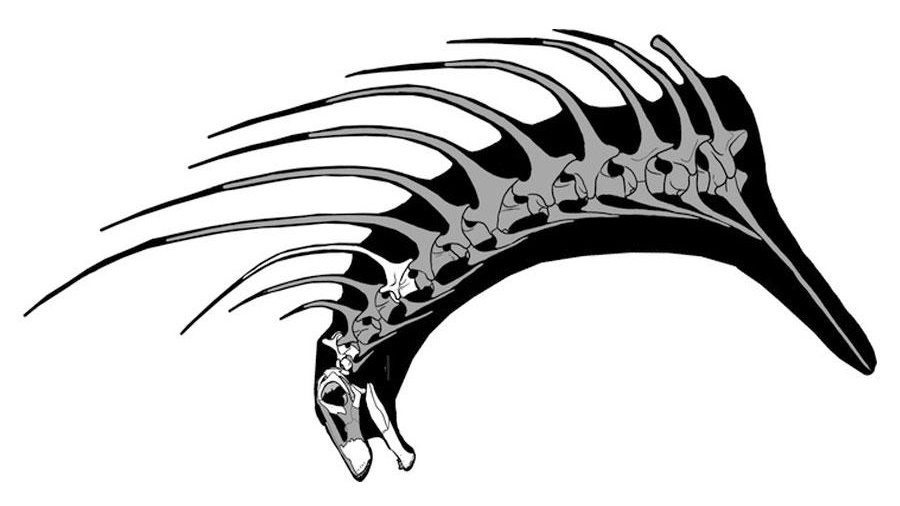 Most likely, the sharp thorns of the bakhadazaur performed a protective function.

There is also an assumption that the spikes could serve for thermoregulation and even to attract potential partners.

In addition, it is not excluded that among the spikes, bahadazavrov had growths similar to camel humps and performing the same functions, that is, accumulating fat.

“This animal spent most of the time eating ground plants, while its eyes, located almost at the top of the skull, watched what was happening around,” – says Galina.

By the way, in the same area in the 1990s, the remains of the legendary Gianthosaurus – the largest predatory dinosaur among the known ones were found. It is possible that herbivorous dinosaurs fought back from such hunters with their spikes.

It is noted that more knowledge about the new species can be obtained using modeling, which has repeatedly rescued paleontologists (and helped dispel some myths). In this case, the simulations will help, for example, to assess the strength of thorns of a bakhadazavr.

A scientific article with a more detailed description of this finding was published in the journal Scientific Reports.

Recall that Argentina is famous for its paleontological discoveries: the remains of fossil giants are often found here. Some of them reached 35 meters in length and weighed like a space probe.