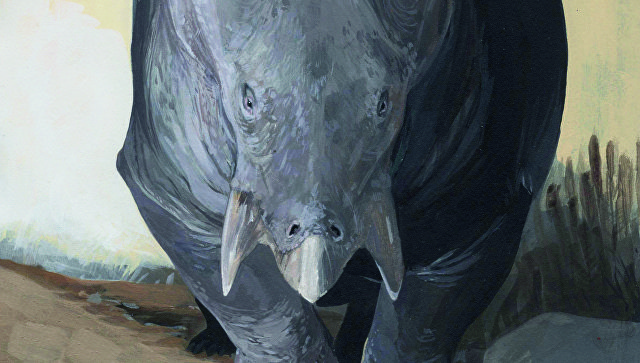 Scientists in Poland found extremely unusual remains of a dicinodont, the most ancient “direct” ancestor of humans and all other mammals, indicating that these animals were not inferior in size to elephants and dinosaurs. The description of the fossil was presented in the journal Science.

“This is just an epoch-making discovery that happens once in a lifetime. Finding” lisovitsii “radically changes our understanding of the history of the evolution of late dicynodonts, the closest relatives of mammals from the Triassic period. Now we are trying to understand what made them reach the same gigantic sizes as dinosaurs “, Says Tomasz Suley (Tomasz Sulej) from the Institute of Paleontology of the Polish Academy of Sciences in Warsaw (Poland).

The first mammals appeared on our planet about 220-225 million years ago, towards the end of the Triassic period, simultaneously with the first primitive dinosaurs. After its appearance, the ancient warm-blooded animals very quickly spread throughout the Earth.

Most scientists believe that the first primitive members of our class were relatively small in size and mass. Judging by the structure of their teeth, they ate a monotonous diet, mostly insects. The main boom of their evolution began only after the dinosaurs died out, which did not allow them to occupy new ecological niches.

Sulei and his colleague Grzegorz Niedzwedski (Grzegorz Niedzwiedzki) found out that this was not the case by conducting excavations in the south of Poland, near the village of Lisowice. There are rocks that were formed approximately 210 million years ago, at the end of the Triassic period, several tens of millions of years after the Permian extinction, which destroyed most of the large animal lizards.

Over the past ten years, Polish scientists have found over a thousand bones and other fossils in Lisovitsa in the vicinity of this village, most of which belonged to primitive dinosaurs, crocodiles and various small relatives of ancient mammals. 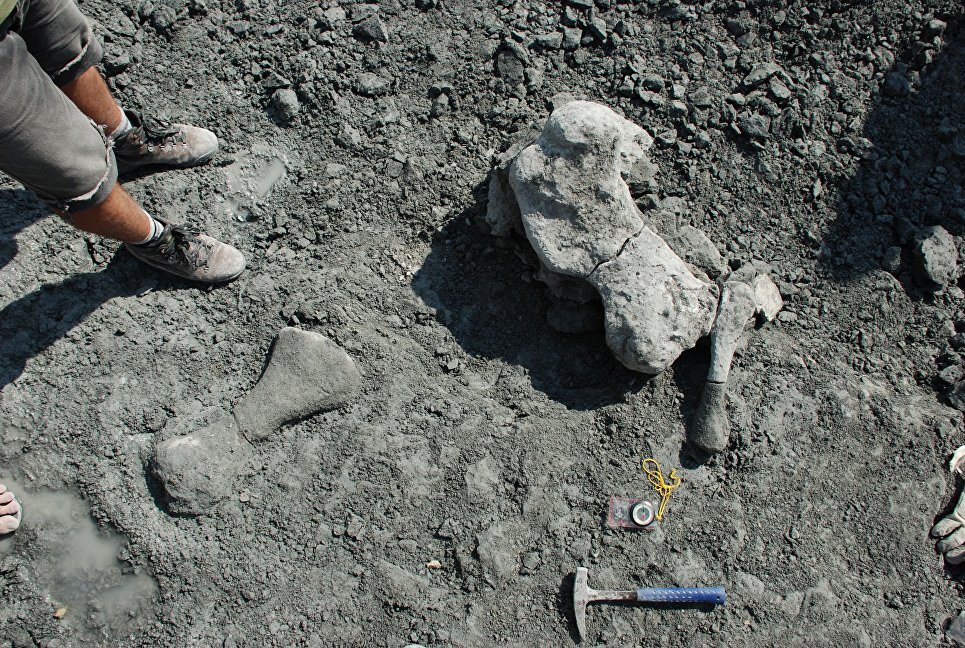 The remains of lisovitsii, the most ancient “mammal” the size of an elephant

When Sulei and his colleagues began to analyze these remains, they found that some of them did not belong to dinosaurs, but to a record large dicynodont, whose length was about 4.5 meters, height – 2.6 meters, and the mass was approaching nine tons. This creature was almost twice as large as any other mammal or mammalian relative, and was not inferior in size to African elephants.

Scientists called it the “Lisian of Boyanus” in honor of the village where the remains of this giant were found, as well as Ludwig Boyanus, a German zoologist and member of the St. Petersburg Academy of Sciences, who lived for a long time in imperial Vilnius, modern Vilnius.

Like the rest of the Dicynodonts, this giant was most likely a herbivore. The speed of his growth, judging by the structure of the bones, was as fast as that of modern mammals and dinosaurs, which speaks in favor of his warm-bloodedness.

Interestingly, a comparison of the various bones of the lisovitsii and the four-footed herbivorous dinosaurs contemporary to it shows that they had approximately the same size and weight. If this is true, then, as Suley notes, the question arises. How did they coexist with each other and what made the first to disappear, and the second to become the dominant creatures on Earth in the next 150 million years?