Paleontologists have found that mastodons traveled to mate 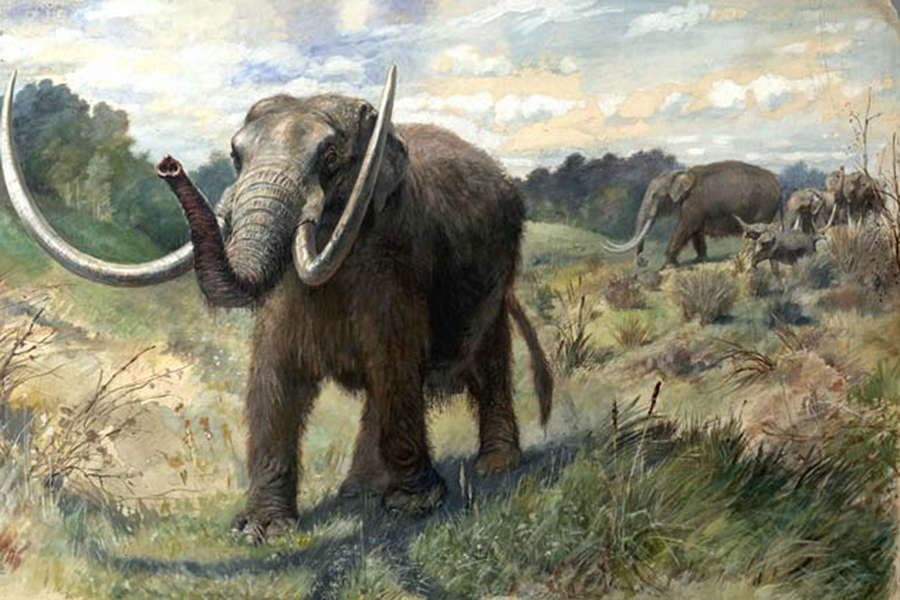 Mastodons traveled tens of kilometers for mating, American paleontologists from the University of Cincinnati found out. They told about this in an article in the journal Proceedings of the National Academy of Sciences.

Paleontologists discovered the remains of a mastodon in 1988 in a peat bog in the state of Indiana in the northeastern United States. The animal died about 13,200 years ago, apparently in a fight with another mastodon, which pierced the opponent’s skull with a tusk.

Now, after conducting an isotope analysis of a fragment of the tusk of a dead mastodon, the researchers were able to determine how its habitats changed throughout life – this can be calculated from the set of chemical elements that got from the soil into the plants that the animal ate, the water it drank, and deposited in tusks, in which new layers of tissues were formed annually.

Initially, the mastodon lived closer to the center of Indiana. In adolescence, he apparently separated from the herd and began to travel, covering about 30 km a month. It is noteworthy that in the summer it always headed northeast. Previously, scientists have already assumed that mastodons visited these territories for mating, and the discovery confirms this conjecture.

“Every time it became warm, the mastodon went to the same place,” the authors of the work noted.

The researchers expect to be able to study more specimens of male and female mastodon tusks in the future to learn more about how they moved for mating and other reasons.