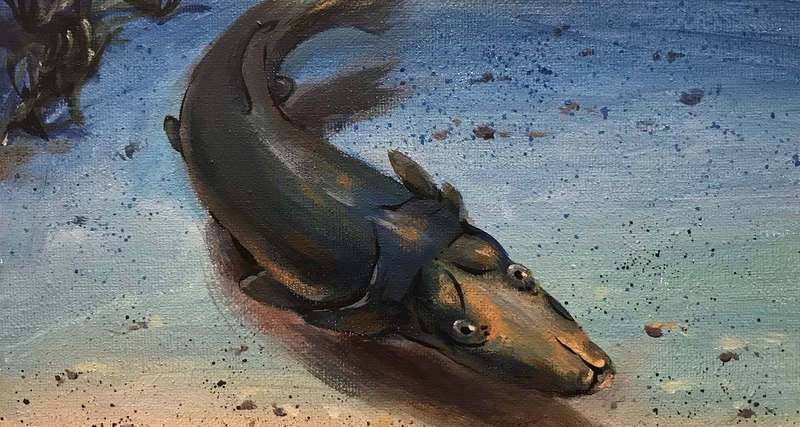 A fossil fish, the image of which was restored by Australian paleontologists, was a flat stingray body and a long beak like a platypus.

This animal furrowed the sea almost two hundred million years before the appearance of the first dinosaurs. Specialists from the Australian National University and 400 million years ago, in the first half of the Paleozoic, in the Devonian period, which is called the “fish century” just for the time that a huge number of new species of fish appeared, populated the seas and oceans. Scientists called the species Brindabellaspis – by the name of the area of ​​Brindabella in Australia, where they found the fossilized remains of ancient fish; probably she belonged to the class of Platypus fish, not one species from which has survived to this day. There, in the limestone of the Brindabella National Park, prints of ancient plants are often found. Now in this part of Australia quite dry and empty, but 400 million years ago there was a life here, a variety not inferior to the modern Great Barrier Reef.

Probably the fish with a flat, toothy “beak” lived close to the bottom and ate just about the same as the platypus – it exploded the bottom with its “beak” and took out fish, crustaceans and others hidden there. In the “beak”, probably, there was a system of pressure sensors, somewhat different from that. which is used by modern fish.