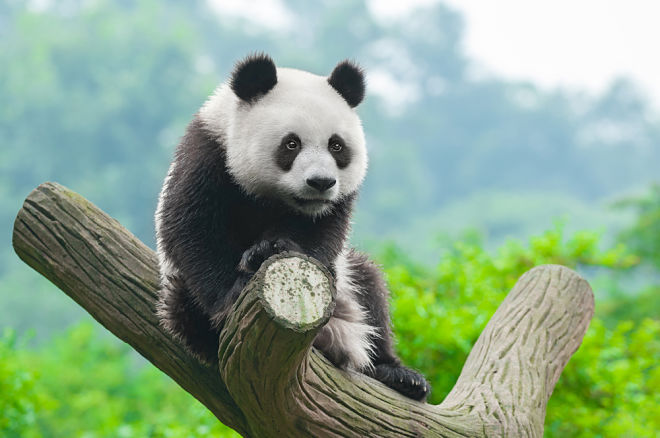 It is too early for environmental organizations to curtail their programs to increase the populations of large pandas. Despite the significant successes of recent decades, this species remains vulnerable and without complete support of people it is threatened with complete extinction. These are the results of a new study conducted by scientists from Beijing Forestry University.

Recently, the International Union for Conservation of Nature (IUCN) has decided that the bamboo bear is no longer on the brink of extinction (“in critical danger,” according to the official classification of the union). Now, in the International Red Book, giant pandas will appear as species “in a vulnerable position”, that is, under threat of extinction.

This means that the risk of extinction of this species in the wild is still high. However, a new study by Chinese scientists has shown that the true state of affairs of the International Union for Conservation of Nature is underestimated.

As the authors of the study note in an article published in the journal Ecological Modeling, over the past 10 years, the number of giant pandas and the total area of ​​a suitable habitat for them have increased. But at the same time their habitats became more fragmented, and 73% of local populations are so small that, in fact, they are “on the verge of extinction”.

According to statistics of Chinese scientists, about 55 percent of panda groups live in less than 10 individuals, and only 33 percent have a population of more than 30 individuals (which is considered the minimum number to ensure survival of the population).

Scientists emphasize that, based only on the total number of wild pandas and the total area of ​​their habitat, we get a distorted picture of reality. According to the authors of the study, one can not ignore the fact of the permanent fragmentation of habitats of this species and the isolation of populations.

Chinese experts are also convinced that efforts to conserve giant panda populations can hide a more fundamental problem, because along with environmental activities, direct human intervention in the life of the wildlife community is carried out.

“Fragmentation of habitats and human intervention are the most important factors that adversely affect the stability of the ecosystem and increase the risk of survival of pandas. Thus, the panda’s survival crisis remains serious, “the study authors emphasize.