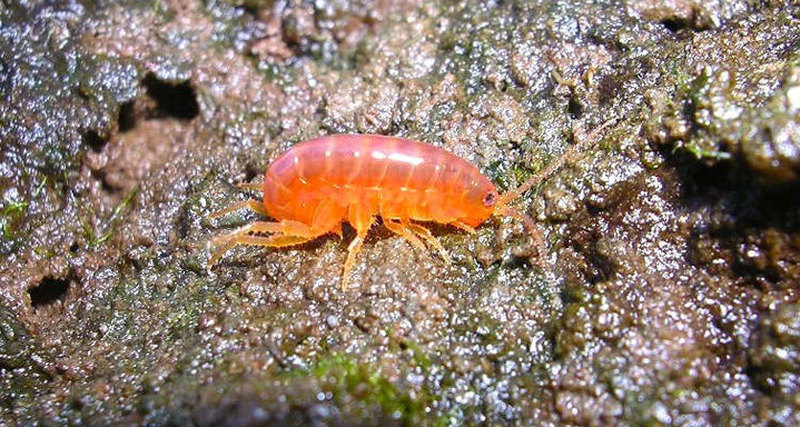 Small animals usually try to remain unnoticed, like most animals from the very beginning of the food chain. Only those who have learned to produce strong poison (or try to sound like someone poisonous) acquire a bright coloring, like tree frogs of southeast Asia.

Therefore, those small crustaceans that creep ashore at low tide to show the world a neon-orange shell, do so not of their own free will. The researchers from the University of Massachusetts found out that the parasite – Levinseniella byrdi – hosts the organism of such crustaceans. Part of its life cycle, this worm carries in the body of the crustacean, and part – in the body of the bird; to get into the bird body, the parasite needs a bird to eat the crustacean. Therefore, they paint the bodies of their owners in suicidal bright colors and manipulate their nervous system so that they would like to jump out into the open place, where they are easily noticed by gulls and other birds. 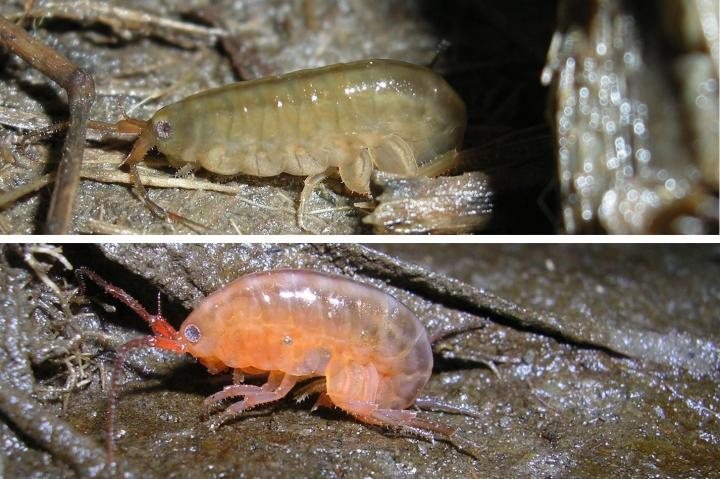 In recent years, the parasites have been doing very well: agricultural enterprises discharge water, rich in nitrogen compounds, in the presence of which worms grow and multiply particularly actively. Experiments (as part of a large-scale project to study coastal ecosystems TIDE) show that with an excess of nitrogen-containing substances. While this brings trouble only to small crustaceans, it is quite possible that there are also parasites of a person, on which pollution acts positively, scientists warn.