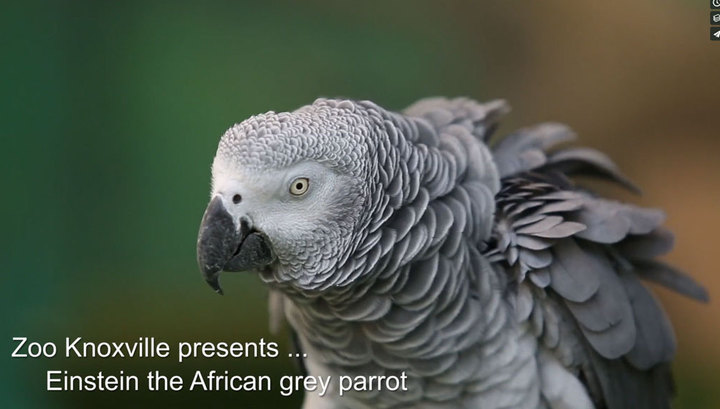 An African parrot named Albert Einstein, who lives in Texas Knoxville Zoo, gave an interview to his trainer in honor of the 30th anniversary of the zoo. The bird has a fantastic ability to portray human speech, as well as imitate the sounds that cows, horses and other animals emit.

According to the trainer, Einstein can represent up to 200 sounds and knows about 70 English words. The pictures below show how the bird depicts horses, wolves, the sound of a spaceship, and even sings the song “Smoke on the Water” by Deep Purple.

In addition, the parrot greets his coach in two ways and demonstrates the growling of a pirate.

In a few days, the video posted above gained more than 870 likes and about 560 reposts in Facebook.