Parrots of the Cockatoo are able to do instruments of labor 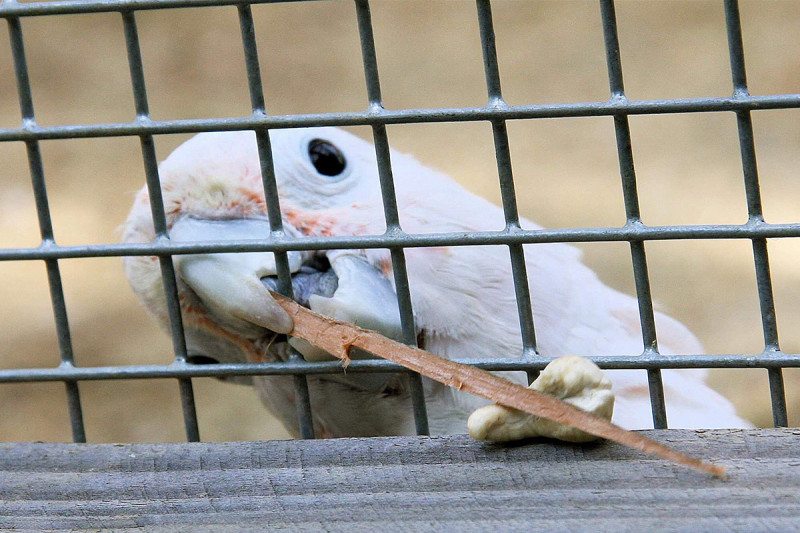 In 2012 the cockatoo by the name of Figaro proved to all scientific community that he is cleverer than an average bird — so that is able to do instruments of labor. In an experiment the bird was put before the transparent container in which on a column sweet nut of cashew lay. In a container wall the small opening, and under a column — the sloping plane was of a nutlet at the level. Having pushed off nut from a column, it was possible to force it to come down down to a crack and to drop out of a container. But it was for this purpose necessary to use something like the lengthiest stick.

Figaro was perfectly caught to separate the lengthiest chip from a log and by means of it to push together a nutlet from a column. Then the result of an experiment was formulated as the proof that cockatoos are capable to create instruments of labor. Opening seemed especially sensational that in the wild nature nobody ever found parrots behind this occupation.

However the experiment quickly had critics. They said that the bird could hollow a beak a tree just like that, and the chip turned out not as it was conceived by the feathery master, and thanks to structure of a tree. Therefore in 2016 the new experiment was put. This time scientists from the Vienna university in Austria under the leadership of four cockatoos in turn gave as material: tree, leaf of a tree and piece of a cardboard.

All four birds guessed to pluck a leaf to an axial vein and to use it to push out nut. The chip was made by three, and two coped also with a cardboard which is not necessarily torn to the lengthiest thin pieces. Figaro and other male of a cockatoo not just tore a cardboard, and did a beak the line of perforation on which then tore off a thin strip which crept in an opening of a container and helped to get a delicacy. It is possible to tell that birds behaved as sculptors. Michelangelo said that he sees an angel in a stone and cuts off superfluous; and cockatoos saw the tool necessary to them in a piece of a cardboard and deleted excess material.