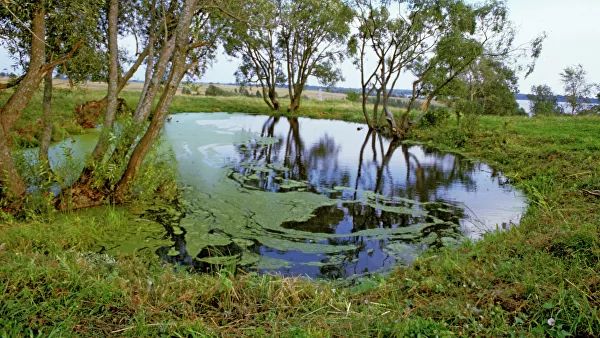 Scientists have found that the drying rate of peat bogs in Europe over the past two centuries has increased markedly. This is due to global warming and human activities. The results are published in the journal Nature Geoscience.

MSU scientists, as part of an international team of researchers led by scientists from the University of Leeds (UK), have studied 31 peatlands in the UK, Ireland, Scandinavia and continental Europe to assess changes in the surface humidity of these ecosystems over the past two thousand years.

Peat bogs contain layers of undecomposed organic matter, in which carbon, captured at one time from the atmosphere, is in bound form. When peat dries and decomposes, carbon dioxide is released, turning peatlands from carbon sinks into its source.

And here we are dealing with what scientists call positive feedback: warming causes accelerated drying of the swamps, and the carbon dioxide emitted at the same time intensifies this warming.

To assess how far the process went, scientists analyzed how the composition and structure of shell amoebas (rhizopods), single-celled, with a shell, changed over time in peat layers. Rhizopod analysis of core samples from wells drilled on peat bogs allowed for paleohydrological reconstruction. 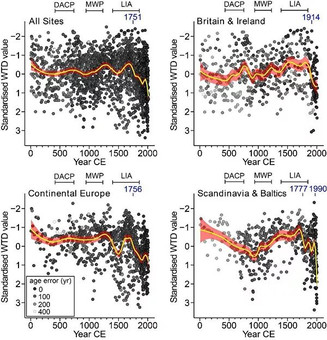 Changes in the moisture level of peatlands over the past 2000 years. A critical decrease in humidity is observed after 1751.

It turned out that in the last 200 years, swamps drained significantly faster than what happened on average over two thousand years, and a quarter of them are today in the least moistened state for the entire studied period. The rate of drainage goes beyond natural fluctuations, and this is obviously due to global warming and the vigorous activity of man in Europe. So, scientists note that 42 percent of the studied swamps were badly damaged by clearings, drainage, fires, and grazing.

“The global drying of peatlands can turn these ecosystems from a carbon depot into its source, which can lead to an increase in the concentration of greenhouse gases in the atmosphere and, consequently, increase climate warming. Now more than ever it is important to preserve peat bogs – unique ecosystems, which are an important mechanism for climate regulation on our planet, “the words of one of the co-authors of the study, Professor Yuri Mazey, are quoted in a press release from Moscow State University.