Pedestrian has fallen under the ground in China 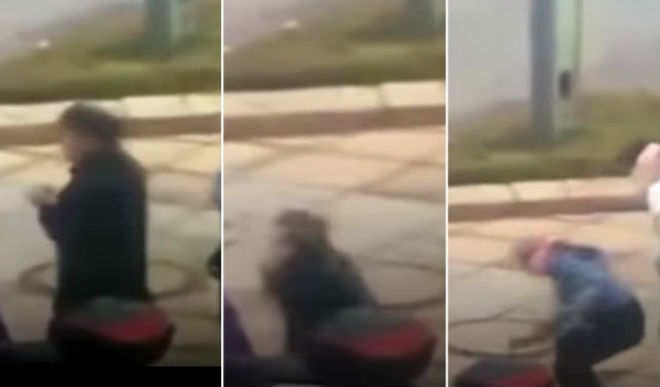 In the south-east of China, CCTV cameras on Thursday captured a shocking moment as a pedestrian suddenly fell into the ground.

The emergency occurred in the city district of Nanchang, Jiangxi Province. The funnel on the asphalt track opened so suddenly that an unsuspecting pedestrian disappeared into it in a matter of seconds. This incident captured two cameras at once.

Three of his friends were stunned by what had happened, and immediately rushed to his aid.

Fortunately, the victim remained unscathed, having got rid only a few minor bruises and bruises.