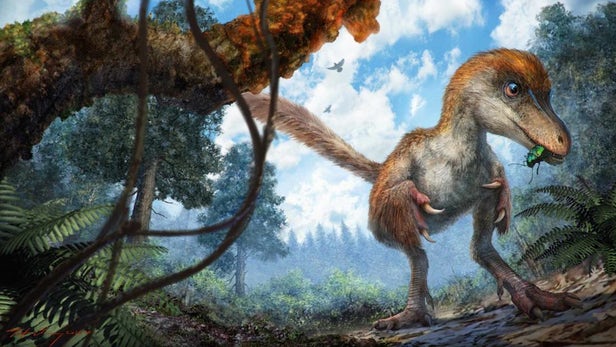 A new study has forced scientists to revise the genealogy of dinosaurs, which is 130 years old. This means that researchers are going to completely reconsider how the dinosaurs and their descendants evolved during their evolution.

Indeed, the ancestry of dinosaurs is about 130 years old, however it may not stand the test of time. Based on a new study of dozens of fossils and the study of tens of thousands of certain anatomical features, scientists from the University of Cambridge and the London Natural History Museum believe that it is time to revise the old pedigree of the dinosaurs and replace it with a new one that would more truly reflect the evolution of dinosaurs and their descendants on Earth .

Paleontologist Harry Seely created the now famous family tree of dinosaurs in the late 19th century, having previously divided the dinosaurs into two separate groups, according to the structure of their pelvic bones. Dinosaurs like lizards were named Saurischia, while individuals with bird structure were named Ornithischia. Later, the group Saurischia was divided into the families Theropoda and Sauropodomorpha.

The family of dinosaurs of Sauropodomorpha included huge dinosaurs with a long neck like Brachiasaurus. The family of Theropoda is the famous T. Rex, and Ornithischia includes such species as the stegosaurus.

In the previously adopted pedigree, the Ornithischia group stands alone, leaving the other two groups more closely related. However, a new study found more similarities between the dinosaurs of the Ornithischia and Theropoda groups, excluding the association with the Sauropodomorpha group.

“When we started our analysis, we were puzzled as to why the ancient group of ornithischians turned out to be anatomically similar to theropods,” says Matthew Baron, lead author of the study. “Our new study suggested that these two groups were really part of one family, this conclusion was a real shock for us, as it contradicted everything that we previously considered true.”

Initially, the incorrectly created pedigree could appear due to the fact that previously considered distant families could simply develop similar features in their structure in different periods of time.