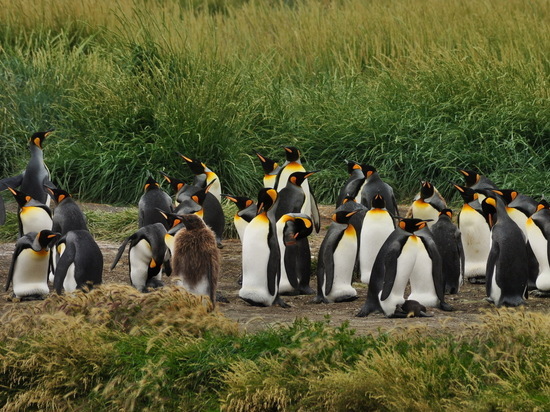 A team of paleogenetics and paleontologists, led by Theresa Cole, a researcher at the University of Copenhagen, analyzed the genomes of modern penguins and the anatomy of 47 extinct species. This made it possible to draw up a detailed picture of the genetic and biological evolution of birds.

It turned out that the ancestors of the penguins lost the ability to fly shortly after the extinction of the dinosaurs 60 million years ago. Then they lived in the region, the remnants of the land of which, over time, formed the islands of New Zealand. The common ancestor of modern penguins lived 14 million years ago.

In addition, according to Mir24, these birds are anti-record holders in terms of the rate of accumulation of changes in the structure of their genomes. They evolve very slowly, perhaps because the habitat does not change. But precisely for the same reason, penguins are especially vulnerable to global warming and the pressure of civilization.