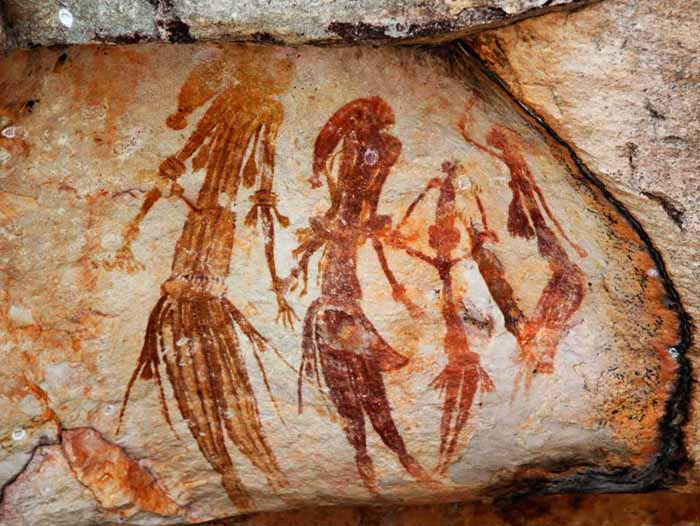 Previously it was believed that the first settlements in Australia arose from 47 to 60 thousand years ago. This estimate was based on the dating of artifacts found in 1989 on the oldest known site on the continent, Madjedbebe. Thanks to new finds from deeper layers, scientists “pushed back” the dating into the past. According to archaeologists, people could have appeared in Majdebbe about 65 thousand years ago.

In the deep-lying layers, about 11,000 artifacts were found: polished stone axes, stones for grinding grains into flour, remains of paints (ocher) and a brilliant powder of mica.

To determine the age of the finds, archaeologists used the method of optically stimulated luminescent dating (optically stimulated luminescence dating). It is based on the ability of quartz, feldspar and other components of soil deposits to absorb the radiation of radioactive elements (uranium, thorium, rubidium) present in other minerals. Upon absorption, crystal lattice defects appear. The rate at which such defects occur depends on the number of radioactive elements in the sample. Under the influence of light, the energy accumulated in the “traps” of lattice defects is released, and the sample begins to luminesce. By the intensity of this luminescence, you can determine how long the mineral spent in the dark and when it was last exposed to sunlight.

Thus, archaeologists have investigated sand from deep layers. To obtain the most accurate data, individual quartz grains from 56 different soil samples were sent for analysis. This method of investigating objects supplemented the data of radiocarbon dating of the remains of fires once diluted in the parking lot.

According to research, the age of objects in the most ancient layer of Majdebbe is from 53 to 65 thousand years. These data allow us to more accurately delineate the boundaries of the period in which people began to settle Australia. Further studies of the discovered artifacts will tell about the migration of people and their way of life. For example, the analysis of the remains of grain on the stone-therchic stones will allow to draw conclusions about the diet of the first inhabitants of Australia.