People can completely disappear from the face of the Earth 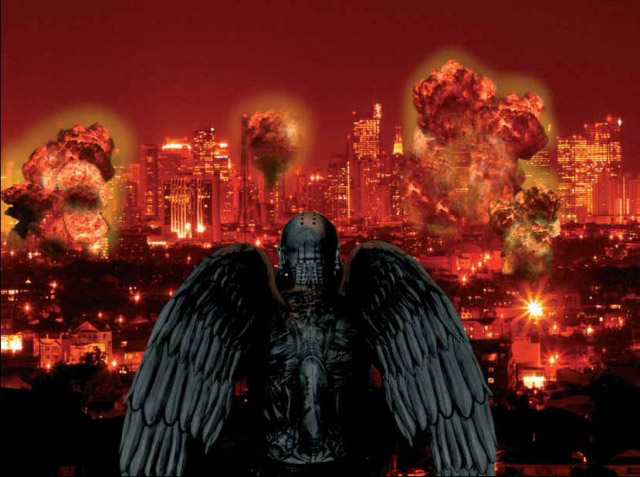 Stephen Hawking is widely known for his theories of black holes and gravity. In addition, the scientist regularly excites the public with predictions about the likely destruction of humanity. According to Hawking, people can completely disappear from the face of the Earth, and of this there are at least three reasons.

Hawking is among the scientists who share the concerns about the creation of strong artificial intelligence.

“The development of AI could end human race,” said Hawking in a BBC interview.

In solidarity with Hawking, Elon Musk. CEO of Tesla Motors and SpaceX, called artificial intelligence “the greatest threat to our existence”.

However, with Hawking and Musk are not all scientists agree. Many scientists believe that mankind is not powerful enough to create artificial intelligence, comparable in its capabilities with a human.

“We are in the decades from the time when you can start to worry. Although it is good that the conversation has started already today”, — said Hassabis Demis (Demis Hassabis), a project member of Google DeepMind.

If we do not destroy the machine, we’ll kill ourselves. At least in this I am sure Hawking. When the scientist asked what the shortcomings of the people he would most like to change, Hawking replied:

“The main human weakness is a propensity for aggression. Once, at the dawn of humanity, this biological mechanism played into our hands. Aggression helped to get more food, territory or partner for procreation. But now this quality threatens to kill us all. For example, a nuclear war could destroy civilization and the human race”.

To the question about what the nature of the people should be more scientist said that we lack empathy — the ability to empathize.

According to Hawking, space exploration is necessary for human survival.

“The space will insure us from death on Earth. We need to colonize other planets,” said the scientist.

In 2010, Hawking expressed the view that, if alien intelligent life exists, it is unlikely to be friendly to people.

“If they ever arrive, humans will be in the position of the Indians after landing on the American continent of Christopher Columbus” — said the scientist on his show on Discovery Channel.

Aliens might be nomads, who colonized all the hazards of the planet.

“Every planet they can use as a source of material for the construction of the new spacecraft” — said Hawking.