People can see a single particle of light 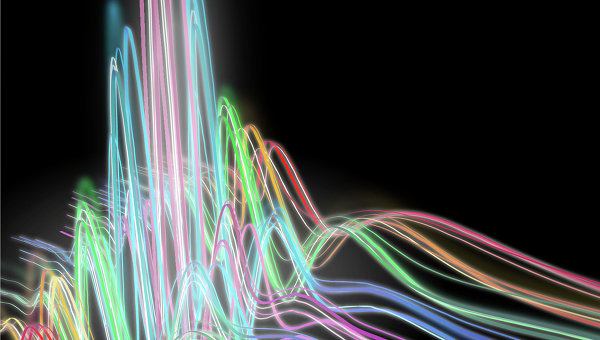 Physicists from Austria has demonstrated in practice that the human eye is able to see even a single particle of light, which opens the way for performing quantum experiments “by eye”, says the article, published in the journal Nature Communications.

For a long time and scientists, and ordinary people were of the opinion that our senses, including the eyes, are very imperfect tools that are considerably inferior in its accuracy and sensitivity even the most flagrant scientific instruments. Recently this statement has been questioned, and now physicists and biologists trying to find the real limits of sensitivity of eyes, ears and sense of touch.

For example, in July last year, the German physicists were surprised to find that the human eye can estimate the thickness of microscopic objects and to see the difference between them is only a nanometer, based on the fact that look like light stains on the surface of the nanofilms.

Jonathan Tinsley (Jonathan Tinsley) from the University of Vienna (Austria) and his colleagues added to the number of “super-powers” of our eyes the ability to see single photons, watching the eyes of several volunteers reacted to the use of high-tech light source – the so-called quantum generator of single photons.

As the scientists explain, the inspiration for these experiments was the experiment, the Austrian-American physiologist Selig Hecht (Hecht Selig), who in 1942 showed that the human eye can see groups of 5-7 photons after the man spent some time in a room completely devoid of light.

Tinsley and his colleagues were able to go ahead with the generator of single particles of light, which allowed them to interview volunteers, if they saw something in that moment, when they released the photon emitter in the direction of their eyes (or not released). In total, the researchers conducted more than two thousand such experiments, involving three students from the University of Vienna.

As shown by these experiments, human eyes do have that ability – if you let a single photon pairs, our eyes will not notice the first particle of light, but in a small number of cases he will see the second light quantum. The probability of this is extremely low – about 6%, but it is different from zero and rules out the possibility that the volunteers randomly guessed the time of photon flash.

Interestingly, the eyes of the experiment participants almost completely lost the ability, if particles of light were started not in pairs, and with a large gap. As scientists believe, due to the fact that the first photon would eyes and increased sensitivity to light 4-5 seconds later.

According to Tinsley, similar to the behavior of the eyes is due to the fact, how does the internal “algorithm” purification of the perceived image noise in our visual cortex. The appearance of the first photon and a quick hit of the second particle on the retina, probably perceived by the brain as one event with high brightness, which increases the likelihood that the visual cortex will perceive them as not noise, but a real picture.

The discovery of such “superpowers” around the eyes, according to scientists, opens the way for a more bold and interesting experiments. For example, physicists can try to personally see the photons are entangled on a quantum level, and other “quantum miracles”, which scientists say is only in speculative terms. Such experiments would be particularly interesting in the context of verifying that photons and other inhabitants of the microworld behave “surreal”, showing the nonlocality and other “impossible” things from the point of view of classical physics.