People delayed the formation of the Sahara desert for 500 years 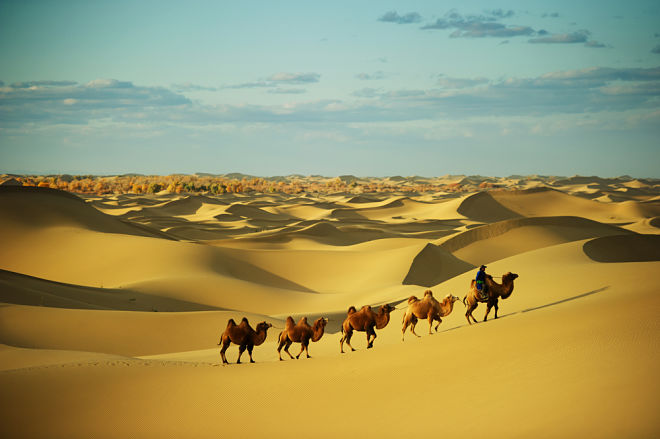 According to a new study led by specialists from University College London (UCL), people slowed down the disappearance of the “green Sahara” and delayed the formation of the desert for about 500 years.

A group of geographers and archaeologists concluded that early pastoralists in North Africa could use their knowledge to combat the prolonged tendency of drought. It is assumed that they have developed complex ways to effectively manage rare vegetation and relatively dry and low-fertile soils.

About 8,000 years ago, the Sahara was not a desert. It was a rich ecosystem that supported the lives of hunter-gatherers and fishermen. Green Sahara is a colloquial term for the African period, when North Africa was much wetter than today, thanks to a series of monsoons. As the Earth’s orbit gradually changed, the rains became less and less, and the vegetation disappeared. About 5,500 years ago, the ecosystem in the Sahara finally moved to the desert type.

Nomadic pastoralists began to flourish in the Sahara about 1000 years before its desertification. Previous studies have placed the blame for the collapse of the “green Sahara” on them. The new study used a model that takes into account such variables as vegetation and precipitation, as well as other processes, such as the amount of energy coming from the sun and the amount of carbon dioxide in the atmosphere. The simulation results showed that the “green Sahara” should have disappeared earlier, and this suggests that the methods used by herders helped them adapt to environmental changes.

“The possibility that people could have a stabilizing effect on the environment challenges the general notion that past interactions between man and the environment were limited only to exploitation and degradation. Our study shows that population growth and sustainable cattle breeding did not accelerate, and perhaps even slowed the disappearance of the “green Sahara”, ”said study lead doctor Dr. Chris Brierly.

“We are currently exploring which pastoralist practices can be applied to sustainable adaptation to desertification, which is expected with future climate change,” said Brierly.