People hear a strange rumble: “Earth’s pulse” has given a global glitch 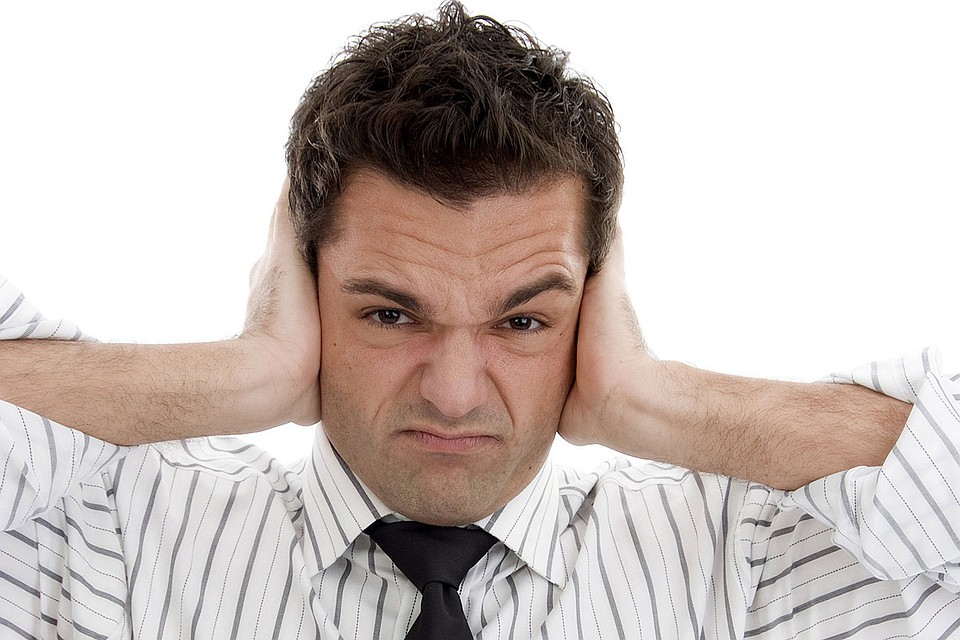 At the end of October, the pulse of the Earth lost a few hours. People in social networks write that they felt this on themselves – hypertensive patients increased pressure, the elderly were completely ill. What kind of pulse is this, why does Mother Earth sausage, where did the new disease called “hum” come from, and where does Nikola Tesla, who had a mystical experience and talked on the radio with Martians?

Earth is a living organism, and a living one has a pulse. This statement is true, but too artistic. The Earth is “living” not in the sense in which a living frog or person, and its pulse is also not like our pulse. It was first theoretically predicted by George Fitzgerald and Nikola Tesla in the early twentieth century, and only in the 1950s was Professor Winfried Schumann from Munich catching him. At first it seemed that this was a purely electrical phenomenon – understandable and not very interesting.

There is a “ground” in your outlet – all the devices in the world are grounded. The Earth is considered to be the carrier of an infinite negative charge, and we, with a clear conscience, dump all our electromagnetic “garbage” there. Go out into the street with a multimeter, put one probe in the soil, pick up the other in your hands, and you will see for yourself. The tester will show a small but noticeable voltage.

Above our planet at an altitude of 80-100 km there is a conductive layer, the ionosphere, it stores a colossal positive charge. Physicists quickly realized that, under certain conditions, an electromagnetic wave appears to be locked between the Earth and the ionosphere, and “lives” there endlessly, forming a standing wave. Thousands of lightnings sparkle on Earth every second, their energy and feeds this standing wave. The frequency of such a wave is determined only by the size of the Earth and the height of the ionosphere, that is, it is unique – on another planet everything will be different. Remember this figure – 7.83 hertz, but there are still harmonics (like shadows of the main frequency) – 14.1 hertz, 20.3 hertz, and so on.

So, everyone explained, and even scientifically predicted, what is the secret? It turned out she is.

In the 1960s, scientists began to study the brain, and realized that it works on the basis of electromagnetic pulses. These pulses were called alpha waves. Unexpectedly, it turned out that the frequency of these waves coincides with Schumann resonances – from 8 to 14 hertz. For some reason, evolution has “adapted” to the natural pulse of the Earth. Either we are fueled by Schumann resonances, or, on the contrary, having merged with the world hum, we are defending ourselves from it.

Two conclusions followed from this. Firstly, if something happens to the pulse of the Earth, it will happen to us. In fact, when Schumann’s resonance “floats”, people feel bad. Secondly, when a person settles on another planet, for example, on Mars, where everything is different, he will not die of hunger or bad air at the station: other, not terrestrial resonances will kill him much faster.

The merchants fidgeted, and you can buy on the Ali Express “Schumann resonance generators”. People, they say, have ruined the Earth, but here you have a clear sound, tune in like a tuning fork. One American company, by contrast, sells a device that “protects” the owner from resonance. “Give your brain a break from your own chatter,” the leaflet says. Of course, there is no sense from this.

When the earth is bad
Mages and charlatans love Schumann’s resonances so much that serious scientists on this subject are already allergic. They even got me. Somehow nice young people came to visit me, one misfortune – they watch too much quasi-scientific videos on YouTube. And let me fill in that Schumann is not the same. “Let’s go,” I said shortly. We proceeded to the barn, where the guests saw a plastic food container in which a green light shone. Nearby stood a computer. “Here they are, Schumann resonances, see, is everything all right?” I pointed to the screen.

To catch Schumann’s resonances and make sure that most often everything is fine with them, at home it’s not so simple, but possible. The network of receivers on the Web is full, the most common radio components, soldering – about a week, and the master faster. The main difficulty is in the antenna, it is just a very long wire hanging high above the ground. I know devotees who lowered such a wire from the balcony and tied it to the roof of a transformer booth in the yard. Catches! – although the city is full of interference.

Such a simple experience cleanses the brain well, and you begin to filter the game from the truth. Say, this summer, scientists at Tomsk University arrived in Taimyr with surprise to find that everything was blooming there. Global warming! Western media immediately trumpeted that the icy desert had blossomed in Russia, and all Schuman was to blame.

But Schumann resonances sometimes really jump. In 1999, a terrible earthquake occurred in Taiwan. At that moment, Schumann’s resonances went wild. So scientists realized that the pulse of the Earth is partly really a pulse. When the Earth is sick, the pulse jumps. But far from always everything is so clear. What shook the resonances of Schumann in late October, no one knows.

“Signals from Mars” – the cry of our planet?

The famous Nikola Tesla calculated the resonance of the Earth around 1900, and he immediately had a bunch of plans. Man must turn the Earth into a colossal transmitter. A certain world center (Tesla later began to build it near New York) transfers energy to the entire planet, and the whole world feeds on it. We will make the whole Earth oscillate as we need. We will change the climate, cancel earthquakes and hurricanes (along with wars). And make her transmit signals to her brothers in her mind! First of all, on Mars, scientists then thought that there was intelligent life.

In the meantime, you had to at least listen to how the Earth breathes, and Tesla gathered a special receiver in Colorado Springs. It was a radio, but … not a radio. Tesla considered Hertz and Marconi to be commercial opportunists and almost charlatans. Tesla’s receiver did not contain either a philosopher’s stone or secret components, but the principle of its operation was completely different than that of Marconi or Popov.

Tesla put on his headphones and at night, alone, listened to what the Universe was saying to him. He was shocked. “It seemed to me that I was present at the birth of new knowledge or revelations of the great truth … My first observations scared me, because there was something mysterious, supernatural in them,” he wrote. Then the ether was still pristine. Neither power lines, nor “hollowing out” radio stations, nor even a noticeable number of electrical devices. And Tesla listened to Mother Nature as she is. Rustling, clicking, whistling. When he realized that he had heard a hurricane hundreds of miles away, he was simply thrilled! One night there was a rhythmic tapping in the headphones. One, two, three, one, two, three … Tesla decided that he hears the signals of the Martians. So, they have already saddled Mars, made it one huge transmitter, and are trying to contact us! Today we know that Tesla most likely witnessed a tremendous failure in the Earth’s breathing.

Well, how do we “know” … He didn’t record any signals, there was nothing. And they did not happen again. To collect such a receiver, but listen to what it catches. But here is the plug. It seems to be simple: coils, relays … But mechanically made so carefully that you can’t repeat it on the knee. The network is full of homemade products, people change mechanical parts to semiconductors, but only funny toys come out. Finally, recently, Professor Kenneth Corum rested, and made a model. Also, however, with simplifications. The results shocked him. The receiver showed outstanding properties and worked, as it turned out, at a frequency of about 20 kilohertz. Now you can guess what he heard.

Corum suggested that Tesla caught … Jupiter. Near this planet there is a natural “radio station” of incredible strength. The satellite of Jupiter Io produces radio bursts resembling the sound of the surf. The problem is that these are not clicks at all. And the frequency is 20 megahertz, Tesla did not catch her.

I tried to assemble a Tesla receiver, simplifying everything and everything. Just at night, when I was enraged with Schumann, I sat and combined coils, rods, and then connected to all this a huge air condenser. I bought a capacitor on a radio flea market and most likely it was pulled out of an old plane. Suddenly, at the next connection of wires in the headphones, there was a roar, as if a whale was screaming deep underwater. I froze, holding the wires with my fingers. It was really scary. “Whale” continued to “scream,” and it seemed that his roar poured into meaningful speech. Tesla also wrote that sometimes he seems to hear voices (there were no radio broadcasts at that time)! For half an hour all this was, disappeared and did not happen again.

Most likely, Tesla heard Schumann’s abnormal resonances. Normally, the ear does not smell them, too low frequencies. But in the anomaly, they rise to 20-30 hertz, and we hear them.

It turns out that the Earth “warned” Tesla. After all, he was going to make “a kind of pump that pumps energy from the planet, and then at a tremendous speed it pushes back into the Earth.” And he even began to build his own “center of world energy”. But investors needed commercially significant results, they stopped financing, and then Tesla was taken by the military, and we don’t know what he did next. The fact is that no one does such rude experiments as he planned.

But we do something else. Across the planet, even in the taiga, a noise of 50 (or 60 – in the USA) hertz is heard. This is the buzz of the global energy network. It would seem that in frequency it is higher than Schumann and does not bother him. But the problem is that people turn on and turn off the devices, cities fall asleep and wake up, and these fluctuations in consumption make the hum of the network change with a frequency of 5-10 hertz. That is, the power grid “falls” into the Schumann resonance zone. And the alpha waves of our brain. Does this have consequences?

A new disease, hum (noise) is rapidly spreading on the planet. People hear a constant hum that is impossible to get rid of. The dream is destroyed, the head hurts. It is believed that for some reason, some people begin to perceive either the low hum of the network, or the Schumann resonances. Something breaks in us, our union with our own planet is bursting at the seams.!