People infected with Covid-19 have a “significant” decrease in intelligence 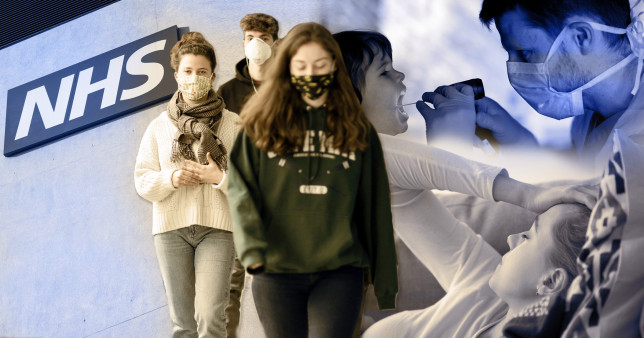 According to a new study, the long-term effects of Covid-19 infection may include a decline in intelligence.

Between January and December of last year, scientists conducted the Great British Intelligence Test, which examined the IQs of 81,337 people. Among them were 13,000 people infected with the virus.

After scientists took into account factors such as age, gender, language and level of education, they found that people who recovered from Covid had the greatest decrease in intelligence.

Tasks requiring problem solving, planning and reasoning were more difficult for them than for people not infected with the virus.

In the most severe cases, when people were kept on a ventilator to beat the disease, the researchers recorded a drop in intelligence of seven points.

The findings were put together and published in a study called: Cognitive Deficits In People Who Have Recovered From COVID-19′.

It was published in the medical journal The Lancet and involved researchers from Imperial College London, King’s College and the universities of Cambridge, Southampton and Chicago.

“These results are consistent with reports of a long-term course of Covid, in which ‘brain fog,’ problems with concentration and difficulty selecting the right words are common,” the authors write.

“In people who were hospitalized, these deficits had significant effects.”

Researchers suggest that one reason for the decline in intelligence is the continuing effects of the virus on a person’s ability to think clearly.

“Previous studies in hospitalized patients with respiratory disease not only show objective and subjective cognitive deficits, but also suggest that they persist in some of them for up to 5 years,” the authors note.

Maybe its the graphenenoxide they got in last flu shot.

As no way to demonstrate “cases”
Maybe its not science