The tail simply well doesn’t want to remain with people in any way, scientists consider. Recently conducted research has shown that our ancient ancestors lost a tail not once. The results published in Current Biology not only will help to explain why people don’t wag tails like dogs, but also will shed light on existence of a tailbone which at first becomes a tail, and then gradually disappears.

“Fleshy tails originate to the very first vertebral ancestors and occur at very young embryos therefore it would be very difficult to get rid of them completely and not to face problems”, the author of work Lauren Sallan says. “As the result, tails at fishes and people ceased to grow, leaving the suppressed tails like “legs” of whales”.

The origin of this mysterious rudimentary tail is related to fishes. For a research Sallan, the associate professor at University of Pennsylvania, has analysed minerals of juveniles of fish of Aetheretmon age of 350 million years. This fish with a jaw is a far ancestor of modern land animals and possessed a scaly, fleshy tail and a flexible tail fin which settled down on him.

Sallan has found out that these structures have been completely divided. Comparing juveniles of Aetheretmon to juveniles of live fish, she has found out that two “tails” began one over another, and then grew in itself. This opening overturns at least two hundred years of scientific beliefs that the tail fin of modern adult fishes was just added to the end of an antsestralny (ancestral) tail which land animals had also. 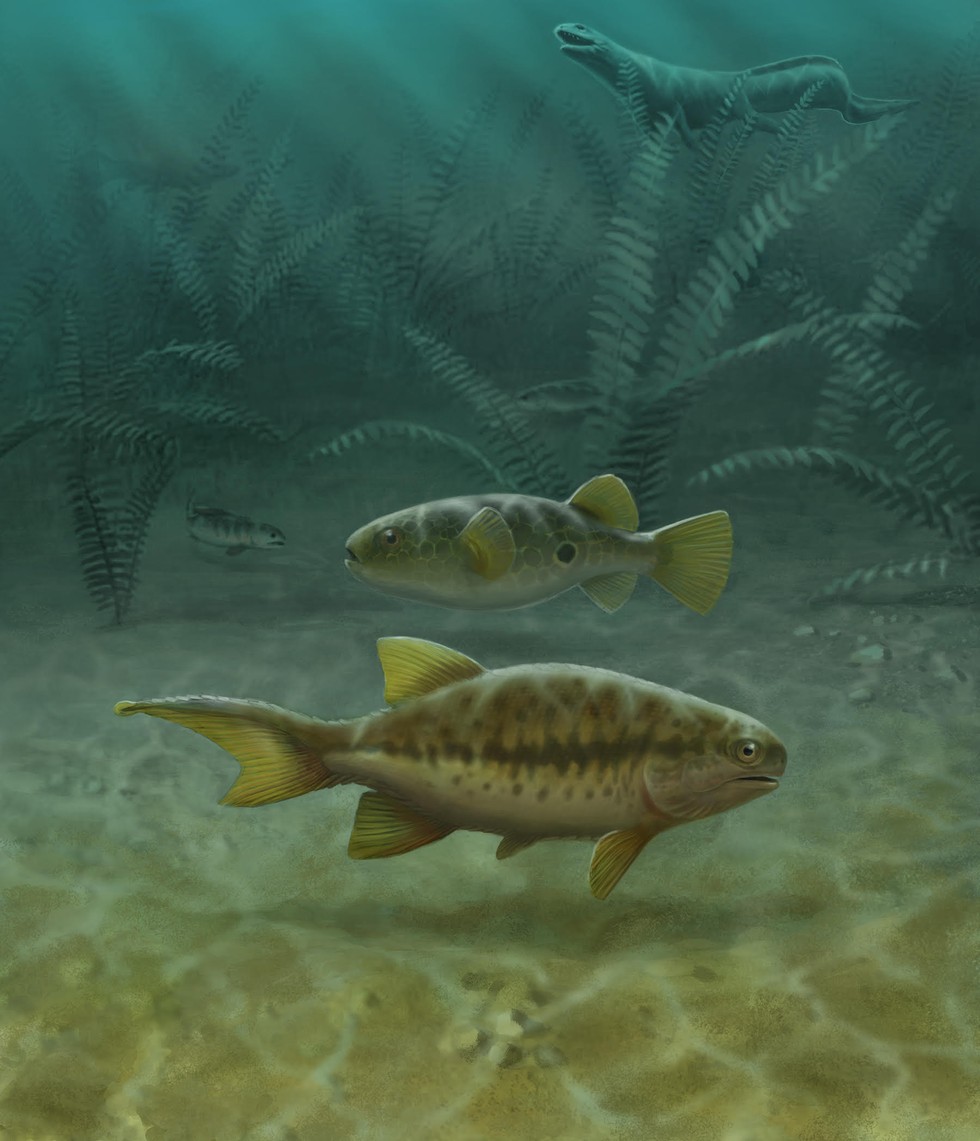 This revolution means that two tails developed everyone in the own evolutionary way. Fishes have lost a fleshy tail and have kept flexible to improve swimming process. Having only a back fin, they would come to more “to the distinguished movements, and the muscular tail (which initially is present for swimming process maintenance) has collapsed”.

Fish who evolved in a semi-water, and then and land animal has lost a flexible back fin, but has kept fleshy — and it became over time an appendage familiar to all of us which we see at dogs, cats, cows and other animals. As dogs show, tails are useful to visual communication, dispersal of the annoying flying insects and other functions.

Adult monkeys including ancestors of the person, have decided to get rid absolutely of a tail, Sallan says, “having lost the remained bony tail for the best vertical movement. As well as at fishes, the remains of embryonic bony tails are buried in our lower parts of backs — in a tailbone — but they don’t receive molecular signals which would lead to growth of an extremity as hands or legs. Thus, embryos of fishes and people have similar mechanisms of management of a shape of a tail”.