People want to try to drink liquid from a black sarcophagus 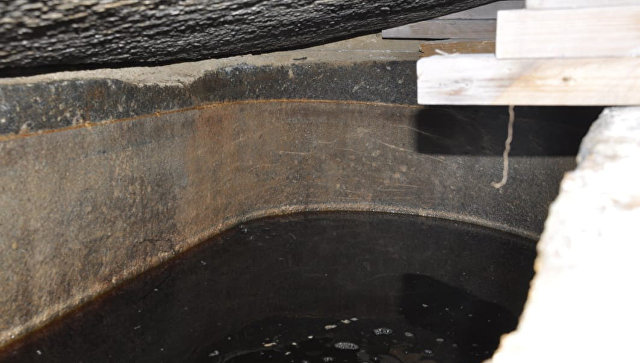 The change.org website collects signatures under a petition that requires everyone to try a reddish liquid from a black sarcophagus found recently in Egypt.

The author of the petition was the British Innes McKendrick, who suggested making a carbonated energy cocktail from the liquid and giving it to everyone. At the moment, the petition has collected more than 8,300 signatures.

The sealed giant sarcophagus of black granite, which was not touched by marauders for more than two thousand years, was discovered in early July during construction work under one of the buildings in the Egyptian city of Alexandria.

Later, inside this sarcophagus, three damaged mummies were found, which are supposed to belong to the warriors who died in the ancient battle.