People who claimed that they traveled in time 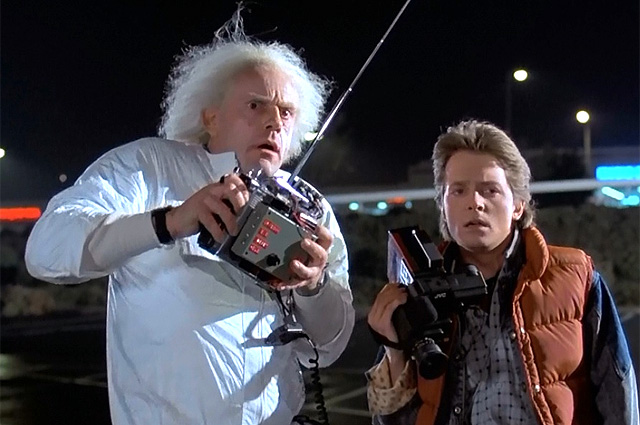 Though scientists didn’t solve what the time machine shall work at — on the gasoline or medical alcohol accepted inside periodically there are characters declaring as if they were influenced by movement in time. 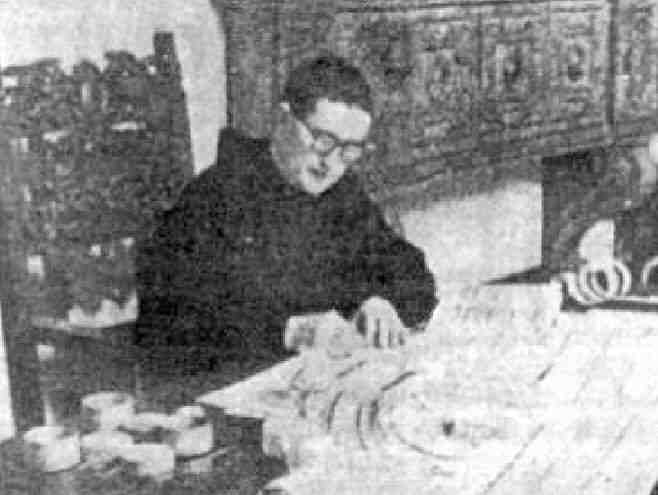 The father Pellegrino Ernetti, the monk-Benedictine, almost all life lived in the monastery on San Giorgio’s island. He was the practicing exorcist and the chairman of department of a prepolifoniya in local conservatory. But, most likely, when he wasn’t busy with exile of demons and ancient music, it still had free time because the father Ernetti invented a hronovizor — the device allowing to be transferred to the past to see historical events with own eyes.

On recognition of the priest, he wanted to visit the opera “Trieste” which created a furor in Rome in 169 BC. There are certificates of people which were present at start of a hronovizor. The friend Pellegrino Ernetti is priest Francois Bruhn even wrote the book “The Hronoproyektsionny Device — the New Mystery of Vatican” in which it is told about how he listened to Napoleon’s speeches and saw Christ’s crucifixion. There is no information on a hronovizor today, and everything that is offered on Avito — a pathetic counterfeit. 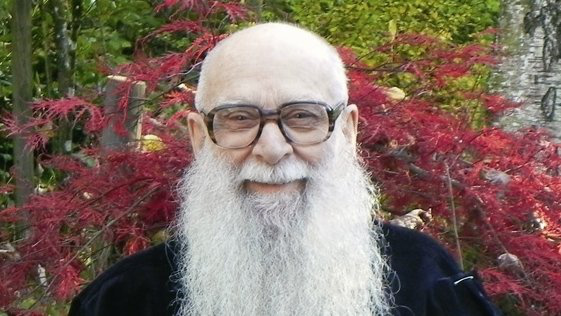 The first contact of Swiss Billey Meyer with aliens, under his certificate, happened when he was five years old. The boy was contacted by the newcomer from the constellation of the Galaxy by the name of Sfat who replaced Billey of the father. (And which of us didn’t suspect from time to time that his daddy from other Galaxy too!)

Then, when Sfat died, the pleyadianka the Ascetic with which he kept in contact for 11 years contacted to Billey. In 1975 when Billey reached puberty, to it the granddaughter Sfata — to Semyasa was. Don’t ask what she taught Billey to, we also don’t know, he didn’t expatiate on it, but provided to the public a set of photos of the alien friends and their spaceships.

Newcomers came to it both from the past, and from the future, and also from parallel measurements, warning about the future world cataclysms. Caring for wellbeing of people of Earth, Billey reported about the future Third world war which shall begin in November, 2006, then in the 2008th and, at last, in the 2010th. But, probably, Billey’s friends not strongly became skilled in terrestrial history because we write you these lines from 2016. 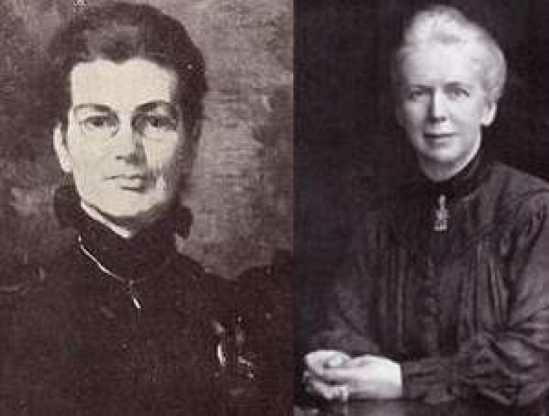 Two school teachers of model reputation in 1901 have gone to an excursion to Versailles and, having got lost in gardens, have got in 1792, straight in the middle of the French revolution. They claimed that they saw Marie Antoinette her last days before arrest. The queen sat before Small Trianon and drew when the armed crowd of common people has moved to Paris.

Having returned to the present, Charlotte and Eleonor have written the book about an event with them and called her “Adventure”. The book, certainly, has been immediately scarified, and teachers were accused of fraud. As the proof of deception critics used the modern map of Versailles. Charlotte and Eleonor described that before getting to the past, crossed the bridge which didn’t exist in their time.

However the card XVIII of Versailles of a century on which the bridge described in “Adventure” really was later has been found. However, as it has become clear later, neither Charlotte, nor Eleonor were experts in history of France and before writing the book, with teacher’s meticulousness have studied a question. 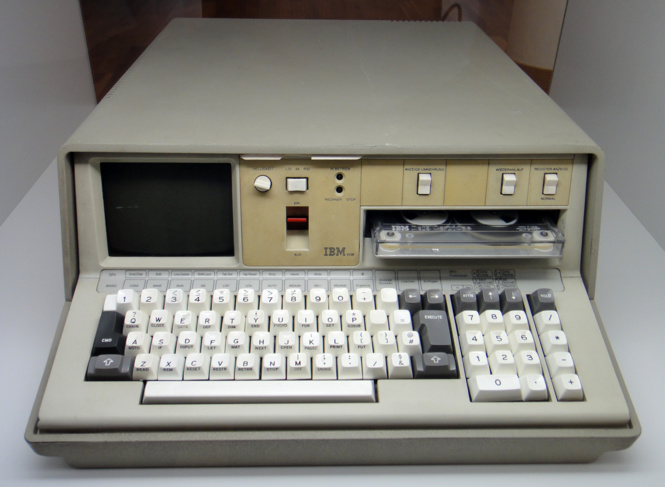 The hero of Internet forums of the beginning of the 2000th declaring that he has arrived from 2036. 1975, and the purpose — the IBM 5100 computer necessary in the future to destroy the computer virus directed to destruction of the world was the final destination of John. Even it is strange that the name of John Connor has never sounded.

As he has appeared in 2000, John answered questions that he has dropped in to see a family as the Third world war as a result of which America will undergo a nuclear bombradirovka from Russia approaches. And for certain bombing was that it is necessary, time Americans in 2036 felt need for computers of the 70th years.

In 2003 have received many people and – a mail in which they were offered to be helped with creation of the dimensional module of deformation with the generator and the induction engine (or somehow so). Responded to the letter the author willingly and in detail told the theory about movements in time and ways of creation of the device for their implementation. The author of the letter has made to the followers an appointment in the small town in Massachusetts on July 9, 2003 on which he safely wasn’t. We hope, he could return on the planet. Or in a psychiatric clinic. 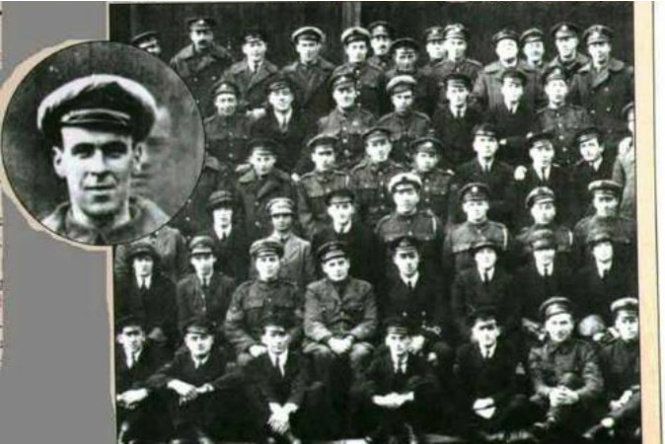 The marshal of the Air Force of Great Britain sir Victor Goddard actually attracted to himself the paranormal phenomena. In 1935, making flight on the biplane with an open cabin, it got to turbulence during which watched the strange pattern when flew by over the thrown airfield: the landscape under it as if changed, in airfield where owed be nobody, there were airplanes, and mechanics in clothes of blue color in between scurried about. It surprised Goddard as at that time all mechanics wore the brown uniform. It was believed, certainly, by none of colleagues, and the history was forgotten until four years of the Air Force later indeed didn’t change color of the form with brown to that shade blue which was seen by Goddard.

It in 1975 published the photo made in 1919. The picture was made in day of a funeral of the mechanic Freddie Jackson, and, having looked narrowly, it is possible to see Freddie in the upper row. It is interesting that the picture is a part of the official chronicle, so, it couldn’t be changed. Or the unknown newcomer from the future, the specialist in a photoshop interposed in the matter. 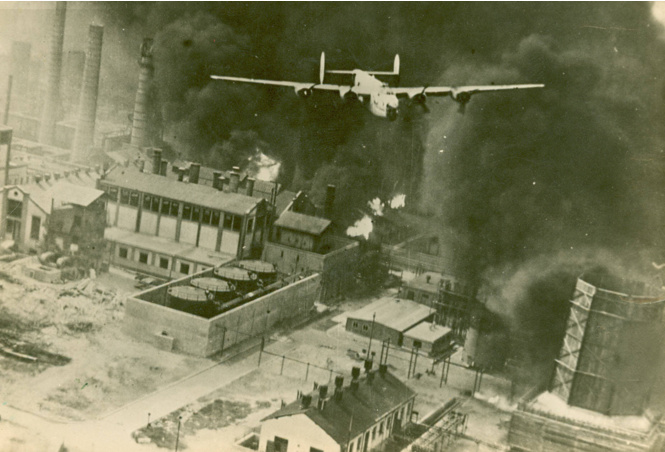 In 1932 reporter of the German newspaper of J. Bernard Hutton and the photographer Joachim Brandt went to ship-building shipyard in Hamburg to make some ordinary reporting. They returned to edition in terrible excitation, having declared that they by miracle avoided death as suddenly all sky over Hamburg was filled with the military airplanes dropping hundreds of bombs.

Joachim even filmed the fire and corruptings with the camera. When a film was developed, no photos on it appeared, and the editor-in-chief advised unfortunate correspondents not to abuse with alcohol. However in 11 years Hamburg was completely destroyed during the operation “Gomorrah”. 600 bombs were dropped on the city, the fiery storm began, about 40 thousand people perished.