People will soon be able to become immortal? 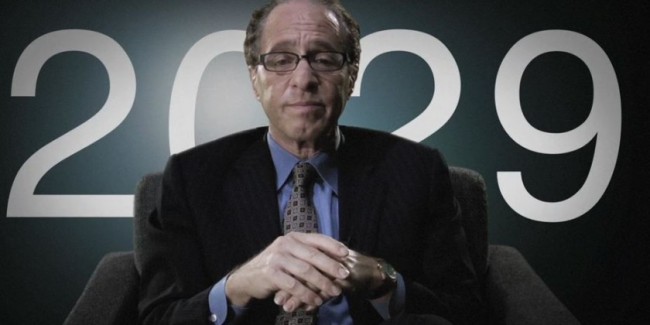 Scientists are systematically closer to learn how to prolong human life by cheating the laws of nature. Many wonder: when, finally, people will be able to become truly immortal? One of the most influential futurists in the world ray Kurzweil in a recent interview, promised us that, beginning in 2029, science and medicine will prolong human life almost indefinitely.

Raymond Kurzweil was born in new York in 1948. Since childhood he dreamed of becoming an inventor and present the world with new technologies. At age 15 he wrote his first computer program in 1970, the year he graduated from mit, and in 1974 he opened his own company dedicated to speech recognition technology. Promising business made Kurzweil a millionaire, which allowed the inventor to continue to engage in the creation of new technologies. Worldwide fame he received for his work in the field of futurology, including his justification of the technological singularity.

Now ray Kurzweil holds the post of technical Director of Google, continues to deal with developments in the field of artificial intelligence and from time to time shared with journalists his vision of the near future of mankind. For example, in his recent interview with Playboy magazine (Yes, the one with the Bunny) Kurzweil said that by 2020, humanity will begin to actively apply nanorobots in medicine. These tiny mechanisms will be able to replace the man his innate immune system, thereby effectively resisting all possible diseases and pathogens. According to Kurzweil, all this will resemble a situation with a computer virus, when a person will be able to download the update for your immune system and not worry about the emergence of a new strain of a dangerous virus.

According to futurist, by 2029, the medicine will reach a level where people will not have to worry about the duration of his life. Previously, Kurzweil said that immortality will be achieved only in 2030-ies, but now decided to move the date closer to the present day. Well, I’d like to believe that the scientist and the rights of mankind will do so much to develop the science in the coming decades. Of course, immortality raises many questions, including about overpopulation and food shortages. And many scientists to the statements of the futurist are skeptical, believing them to be overly optimistic. In addition, Kurzweil has been repeatedly wrong in their forecasts, so it remains only to wait and believe in a bright future.