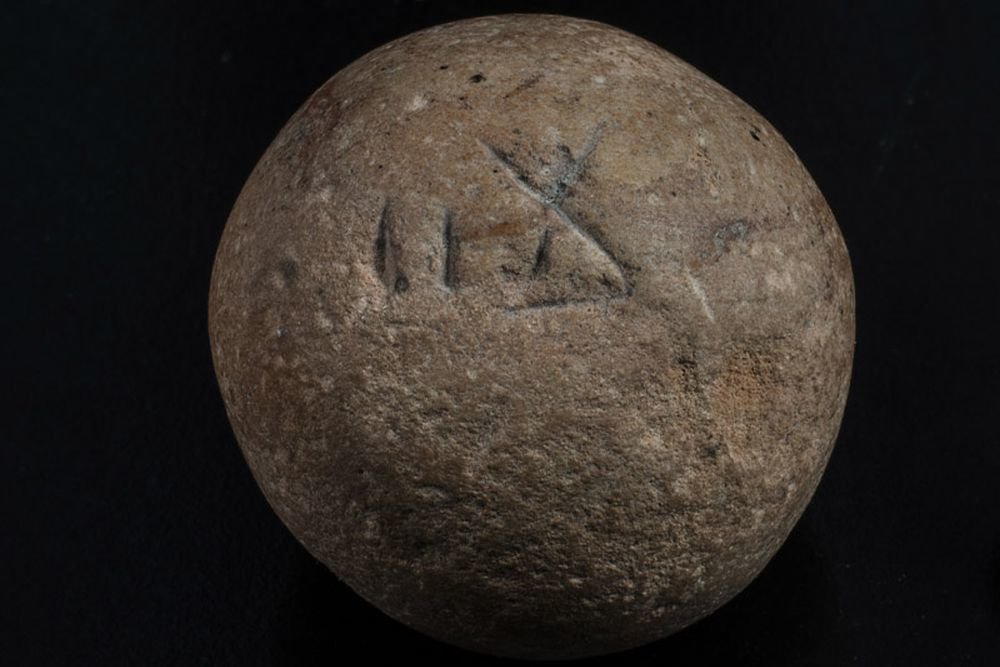 In Israel, archaeologists have unearthed an ancient kettlebell whose weight is accurate attesting to the advanced technological skills of the people of the time.

The discovery was made by experts from the Israel Antiquities Authority, and a short report on it is published on the website of the Ministry of Foreign Affairs of this country.

An ancient artifact dating from the period of the First Temple of Jerusalem or the Temple of Solomon (950-586 BC) was unearthed during archaeological excavations near the western wall of the Temple Mount in Jerusalem. The weight was made of limestone. It is in very good condition. Its weight corresponded to the known unit of measurement of two shekels.

As explained by archaeologists, the weight is domed with a flat base. At the top is an engraved Egyptian symbol reminiscent of the Greek letter “gamma”. This symbol stood for the abbreviated unit of measurement – “shekel”.

The two lines in this symbol represent double mass, that is, the weight of the weight was two shekels. Scientists note that the shekel system for measuring weight was widespread during the period of the First Temple. First of all, it was used to collect the annual tax. It was half a shekel and was charged for sacrifices and the maintenance of the temple itself.

Previous studies have shown that at that time the weight of one shekel was about 11.5 grams. Thus, the double shekel had to weigh about 23 grams. In this case, the weight of the found cargo turned out to be just that. The accuracy of the weight, according to archaeologists, testifies to the advanced technological skills of the people of that period and the importance given to accuracy in trade and commerce in ancient Jerusalem.

“All year round, especially during the pilgrimage, many people must have gathered at the foot of the Temple Mount,” said excavation leaders Dr. Barak Monnickendam-Givon and Tehillah Lieberman. “Locals and pilgrims probably traded here, selling and buying sacrificial items. and offerings, as well as food, souvenirs and other goods. For example, the discovered weight could be used to accurately measure the weight of products on the market. “