Perhaps we will see the vanished eighth miracle 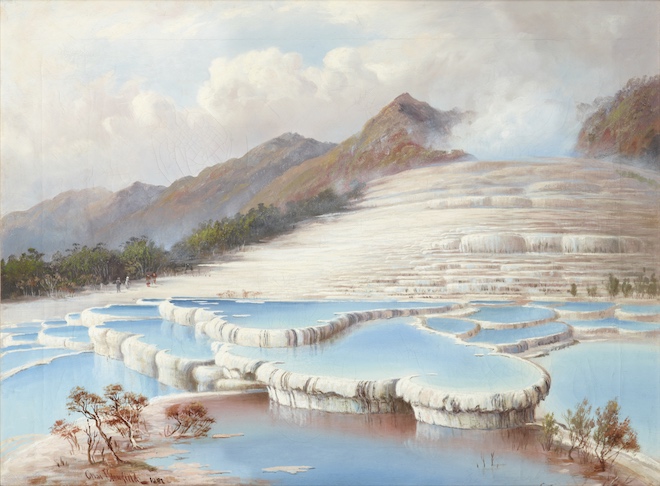 Pink and White terraces in New Zealand shared a place with such natural wonders as the Grand Canyon, the Great Barrier Reef and the Victoria Falls. These two magnificent geological formations were formed for thousands of years, and they were called the eighth wonder of the world.

Both the Pink and White terraces, separated by a distance of 800 meters, were formed by two geysers on the coast of Lake Rotomagana on the North Island. The terraces were the largest formations of siliceous tuff, the kind of quartz that was ever seen on Earth. But early in the morning on June 10, 1886, the terraces disappeared. Three peaks of Mount Tarawera, one of the active volcanoes of the region, exploded with such force that they opened the bottom of Lake Rotomagan, buried amazing geological structures and killed more than 150 people.

The terraces disappeared under a wave of ash, mud and stones, and instead of them a crater 9 meters deep appeared. Over time, the hollow was filled with water, expanding the boundaries of Lake Rotomagan.

But maybe we’ll see the terraces again. In 2011, 125 years after their disappearance, the scientists studied the part of the lake in which the terraces sank, the side-scan sonar. After examining the images, the researchers found unusually rigid structures in the form of a crescent, protruding from the bottom of the lake. This is what is left of the Pink Terrace. The study of underwater soil in the proposed location of the White Terrays showed the same remains.

Researchers also learned the fate of two geysers who created magnificent terraces. The one that fed the Whites, dried up, but the geyser of the Pink terraces continues its busy activity. This is the first example of a ground-based geothermal system that survived a volcanic eruption, submerged underwater, and continued to function.