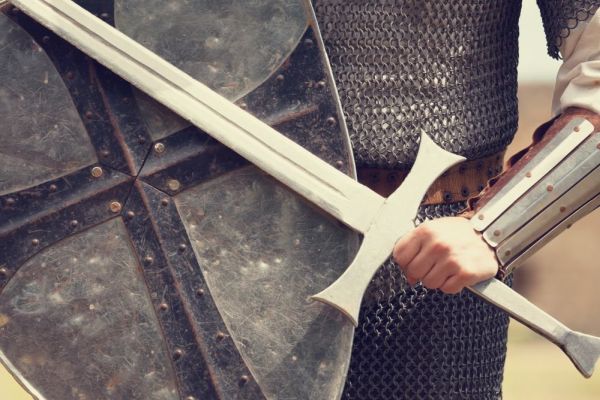 Polish archaeologists reported on unique finds made in the moat of a medieval fortress in the town of Chochowice. They found leather shoes and wooden kitchen utensils, which, presumably, belonged to the knight of the 15th century, Mikolaj von Zechowice, known from written sources.

According to Nauka w Polsce, the finds were made in a medieval fortress in today’s Chochowice, Silesian Voivodeship.

The head of the excavation, Radoslaw Zdanevich from the Upper Silesian Archaeological Laboratory, said that the artifacts were at the very bottom of the protective ditch. By the way, it is still saturated with moisture and is a good defensive fortification.

“We found a lot of leather goods, about a hundred, as well as wood,” says Radoslaw Zdanevich. “Among them were leather shoes, soles, heels, lace belts and other elements of old clothes. Only after conservation will it become clear what exactly was their function “.

As for the wooden items, they were mostly kitchen utensils. For example, archaeologists have found many spoons. Also found were a frying pan and a dough-making device, silver coins, iron spurs, knife fragments, iron bucket hoops and several copper items of clothing, in particular buckles. In addition, several thousand ceramic vessels and their fragments, used here for centuries, and several hundred animal bones were found. Probably all of this is evidence of feasts and daily meals.

Polish scientists do not hide that they were lucky, because it is always incredibly difficult to find ancient objects made from organic materials. Over the centuries, they decompose in the ground. But in this case, the scientists were really lucky. The moat, although it remains wet to this day, has managed to preserve amazing objects.

So far, archaeologists have no consensus as to who exactly owned these artifacts. Most likely, they have been accumulating at the bottom of the ditch for centuries. After all, the citadel was in operation from the end of the XIII to the beginning of the XVI century. Therefore, they could have many owners. But one of them is known from written sources.

Knight Mikolaj von Zechowice could have been one of the owners of the castle. His name is mentioned in the document of Przemyslav, Prince of Toshek, published on March 26, 1440, and in the document of Bernard, Prince of Strzelcki, issued in Strzelc on August 10, 1444. The knight put his signature there as a witness.

Researchers believe that only a few people lived directly in the fortress. It was the knight himself, possibly some members of his family, as well as servants. But nearby, as scientists assume, there was a large settlement. In the near future, archaeologists will start looking for him. A preliminary GPR scan revealed certain anomalies. They may indicate the remains of buildings underground.

The first written mention of the village of Chochovice, which was then called Shuits, dates back to 1302. It is found in the bull of Pope Boniface VIII as one of the settlements owned by the Cistercian monastery Djemelnitsa. However, it is not known who was the founder of the town of Grodek, which is located nearby and which has survived to this day. Medieval records are silent about this.

During the excavations, scientists also found that the fortress was built on the top of a mound, from which a good view was opened in all directions. Moreover, this top was previously “cut” and leveled. Apparently, the fortress was protected not only by a moat, but also by a wooden palisade. However, its traces have not yet been found. But scientists discovered the remains of a lifting wooden bridge over the moat.