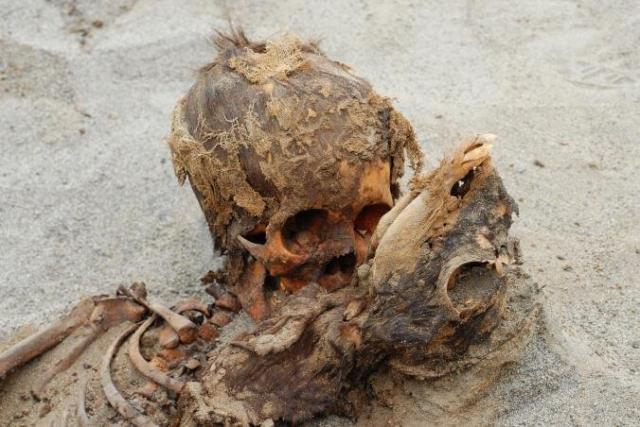 Archaeologists have discovered the most massive sacrifice of children in the Americas. During excavations on the northern coast of Peru, scientists found the remains of more than 140 children and 200 young lamas, reports National Geographic. According to experts, all victims were killed about 550 years ago. At this time in the region there was a culture of chima. 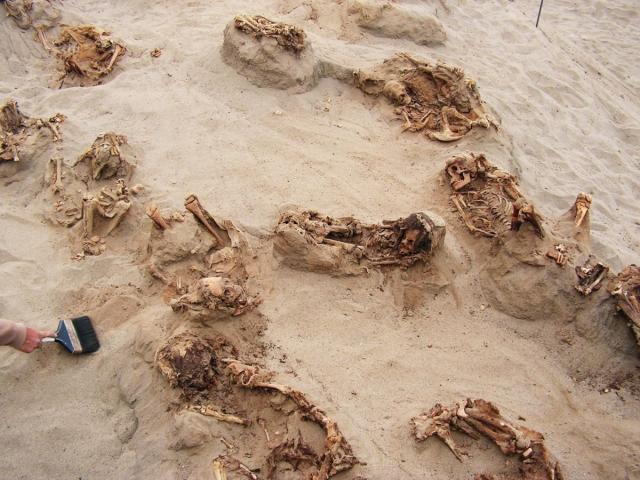 Although human sacrifice about the Mayan civilization, the Aztecs and the Incas also wrote the Spanish chronicles, the evidence of mass murder for ritual purposes children in pre-Columbian period to the present time it was little known. 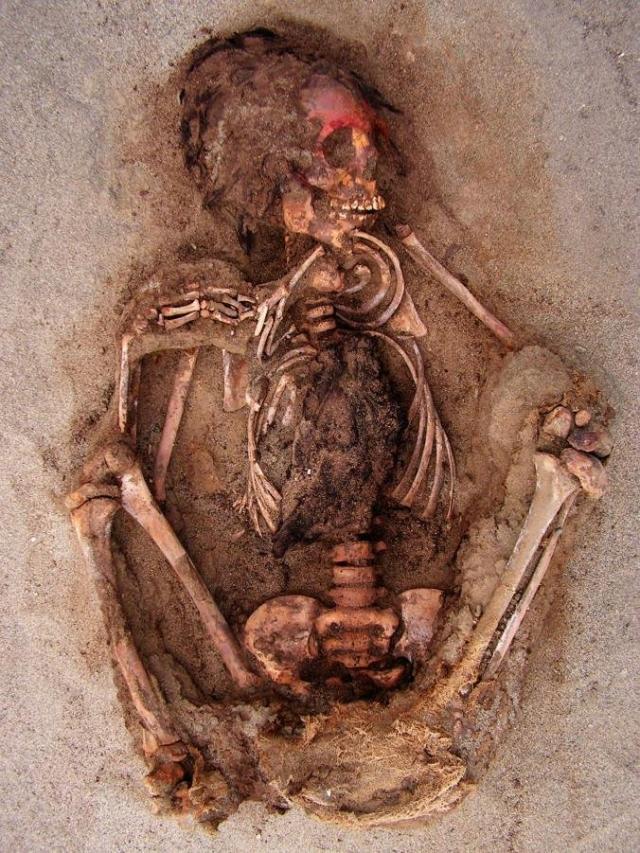 The place where the remains were found is located on a small cliff at an altitude of several hundred meters above sea level. Excavations were carried out in the Huanchako area in the city of Trujillo. In 2011, the remains of children were already found in this place. Then skeletons of 42 children and 76 lamas were found.

And now a new discovery. Remains of more than 140 children and 200 lamas were found after 5 years. The skeletons were wrapped in fabric and wrapped in ropes. 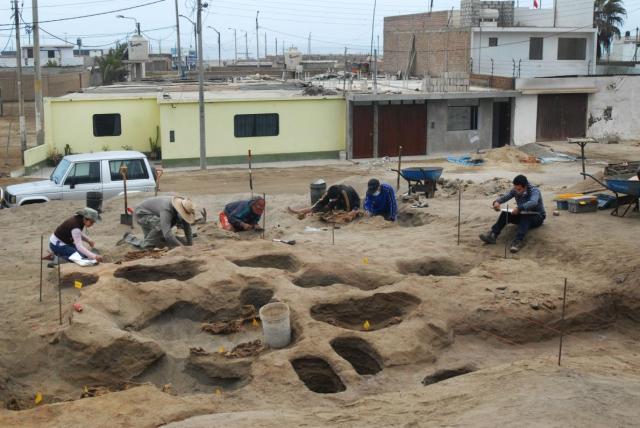 The faces of the children were smeared with red cinnabar, and in the chest region they had traces indicating that hearts were extracted from the bodies. The age of the children was different: from 5 to 14 years. Most of the victims were from 8 to 12 years old. The lamas were less than 18 months old. They were buried head to the east in the direction of the Andes. 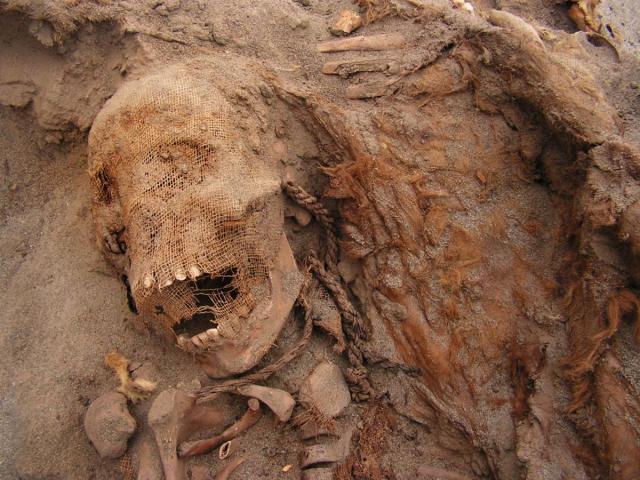 Near the skeletons of the children were found the remains of three adults: men and two women. They had cranial injuries from a stupid blow. Scientists believe that they had to do with the ritual of sacrifice and were killed shortly after.