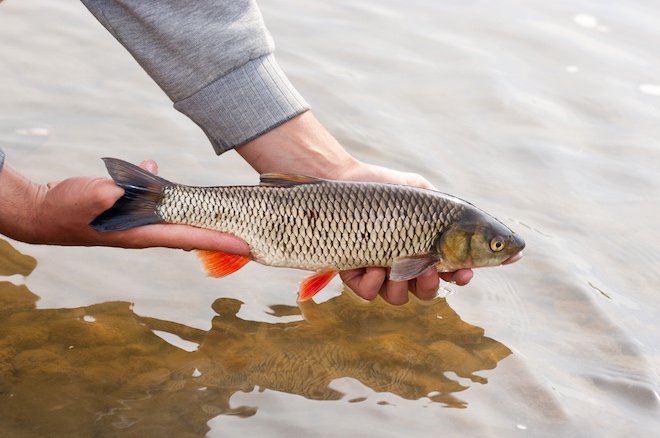 Pharmaceuticals and other contaminants produced by humans significantly complicate the life of fish, according to scientists from the Research University of McMaster (Canada). According to a recent study, river dwellers downstream of a standard wastewater treatment plant are 30% more difficult to survive than fish living in more favorable conditions.

Studies have shown that fish have to expend additional energy to cleanse their own organism of pollutants that remain in the water even after its industrial cleaning. This makes the inhabitants of such water areas more vulnerable, because they are forced to burn energy, which usually goes to other vital functions – moving, caring for predators, searching for food and reproduction.

“The rate of metabolism increases, as if we started walking a few extra hours a day. This is a fairly large increase in metabolism, “notes Graham Scott, associate professor of the Department of Biology at McMaster University, one of the authors of the study. The results of this study were recently published in the journal Environmental Science and Technology.

All this – the invisible effects of pollution, the authors of the work. “Many environmental pollution studies focus on the serious consequences that lead to the death of animals. We were concerned about the consequences of pollution, which are not so obvious, but still very significant, “explains Graham Scott.

The authors of the study base their conclusions on the metabolism of the wild fish-moon. In the summer of 2016, Canadian scientists caught a certain amount of fish of this species from an uncontaminated source and loaded special cells with these individuals at various points downstream from a wastewater treatment plant in Dandas (Ontario, Canada) for three weeks.

After conducting laboratory tests, the researchers compared the metabolism of individuals exposed to sewage to the results of fish that spent the entire study in an uncontaminated pond in the upper reaches of the same watershed.

Throughout the study, the wastewater treatment plant functioned well. However, as the authors of the study note, installations at similar plants are not designed to capture modern pollutants, such as medicinal contraceptives, antidepressants and beta-blockers. Moreover, scientists emphasize that even a planned modernization with the introduction of new technologies will not allow the removal of all modern pollutants from wastewater.

All this suggests that humanity needs new technologies for water purification, the authors of the study summarize.