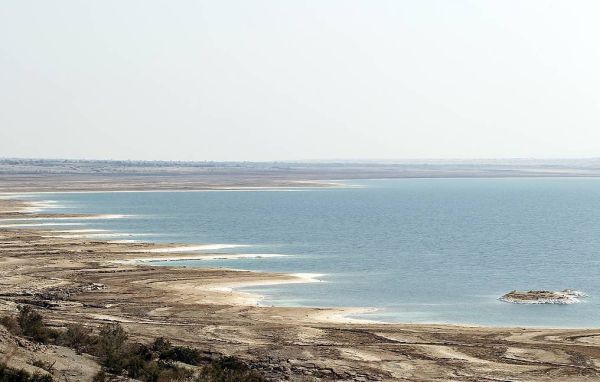 Cyclophosphates, inorganic molecules that supposedly played an important role in the formation of life on Earth, were first found on the shores of the Dead Sea. Scientists have never seen such compounds in nature before. The research results were published in the scientific journal Geology.

Some scientists are beginning to believe that life did not appear in the ocean, but on land, in the vicinity of geysers and volcanoes. This is supported by the fact that the first living organisms were very well adapted to high temperatures, as well as the fact that there was a lot of boron, phosphorus, molybdenum and nitrogen on land – critical elements for life, the concentration of which in ocean waters was extremely low.

During geological work on the shores of the Dead Sea, Russian and Israeli scientists under the leadership of St. Petersburg State University professor Sergei Britvin first discovered analogues of the primary reserves of phosphorus on the modern Earth. They were inorganic compounds of the cyclophosphate class.

The foundation of life in the Dead Sea

“Because of the decomposition of cyclophosphates in water, a large amount of energy is generated. It is enough to attach the remainder of phosphoric acid to organic molecules. Therefore, they are often considered the main source of prebiotic phosphorus on the early Earth. The problem was that there were no cyclophosphates on the planet before. found, “the researchers write in the article.

At first, scientists were interested in local deposits of other minerals – phosphides, that is, phosphorus compounds, which do not contain oxygen. Phosphides are formed in small quantities in the vicinity of geothermal springs and geysers. They, too, could play an important role in the origin of life, serving as the starting material for the formation of cyclophosphates.

“The rarity of phosphides in the modern lithosphere does not mean that they were not widespread on Earth earlier, since the geochemical environment billions of years ago was significantly different from today. Over time, the Earth’s atmosphere became more oxygenated, and oxidation in the new environment could lead to the formation of cyclophosphates.” – explained Britvin.

Scientists have found possible traces of these processes at the southern shore of the Dead Sea, in the so-called Khaturim basin. There are sedimentary rocks, unusually variegated. These rocks have survived heating to high temperatures, so they are especially interesting for the search for cyclophosphates, which, presumably, arose on ancient Earth as a result of meteorite impacts or manifestations of volcanic activity.

Britvin and his colleagues discovered grains of phosphides, in the central part of which particles of iron and nickel cyclophosphates were “sharpened”. Their proximity indicates that the second type of compounds was formed as a result of the oxidation of phosphides at high temperatures. In general, this process repeats what supposedly happened on the ancient Earth.

Therefore, Russian geologists believe that the rocks of the vicinity of the Dead Sea can be considered as a system that reproduces the formation of phosphorus-containing substances in the early stages of the Earth’s evolution. The discovery of natural cyclophosphates brings scientists closer to understanding how the complex molecules that led to the emergence of life on our planet were synthesized.