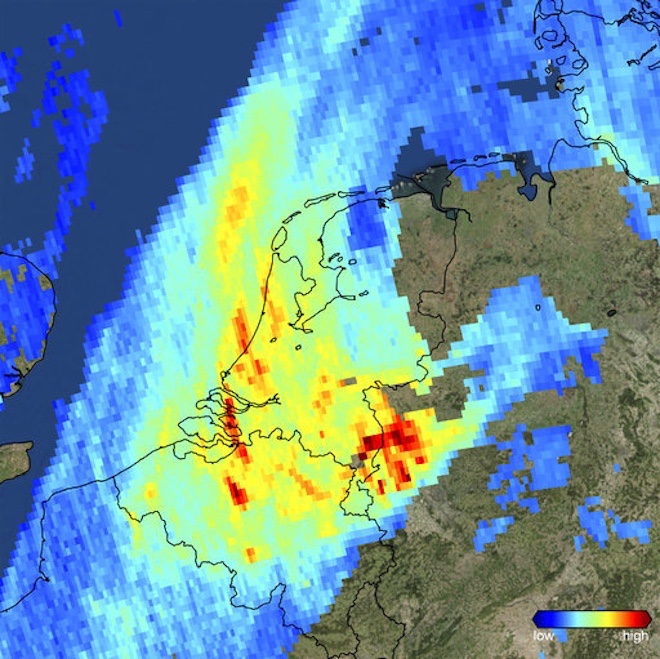 The European Space Agency (ESA) recently released photographs obtained after the launch of the next satellite in the framework of the program of integrated observation of the Earth Copernicus. Photographs allow us to assess the level of air pollution on the planet, as well as the distribution of pollutants. Among other things, the photos show how the current situation on the planet was affected by the recent release of volcanic ash in Indonesia, the Associated Press reported.

The satellite Sentinel-5P was put into orbit on October 13 this year. The equipment installed on board makes it possible to evaluate and display graphically the airborne content of substances potentially harmful to human health, such as nitrogen dioxide, methane, carbon monoxide and some other pollutants. All these substances contribute to the rise in temperature on the planet. 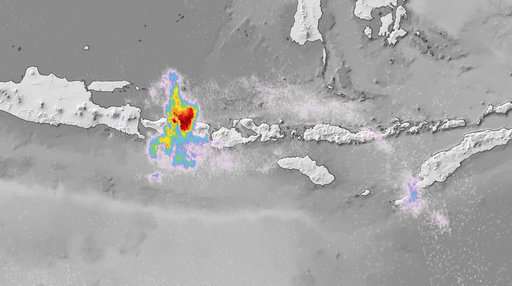 Among the images published by the European Space Agency are images of the industrial region in India, where a serious source of air pollution is power plants, as well as the Ruhr and the Netherlands, where the level of nitrogen dioxide is significantly increased in the air. In the latter case, according to experts, uncontrolled emissions of vehicles and industrial objects are to blame. Also, among the new photos there are pictures of Asian, African and South American areas with extremely high levels of carbon monoxide, usually formed in fires. 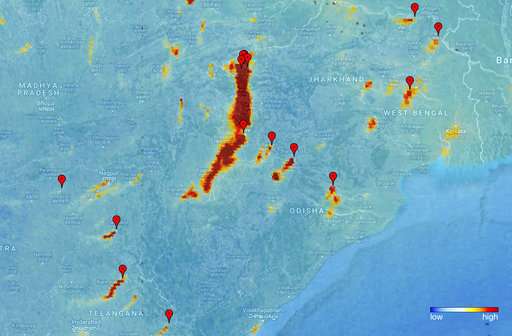 Recall that the program “Copernicus” at the moment is the largest mission for integrated monitoring of the state of the Earth. The program is funded by the European Commission.