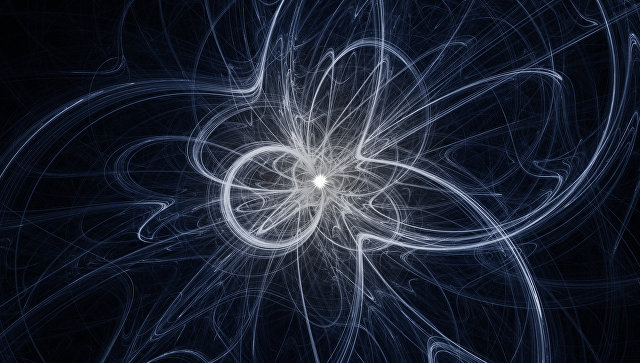 Scientists have found the first hints that quarks, subatomic particles, can merge with each other and give off tens of times more energy than reactions in the bowels of stars, according to an article published in the journal Nature.

“The tetraquark collisions should result in the release of about 200 MeV of energy, which is about 10 times greater than the production of thermonuclear reactions.” To date, such reactions have no practical application, since the particles in which they can occur live extremely briefly. all this points to the possibility of a stable exotic matter consisting of “charming” quarks, “said Gerald Miller, a physicist at the University of Washington in Seattle, commenting on the opening.

In principle, the physical theories existing today do not exclude the possibility that elementary particles consisting of four and even five quarks of different “colors” can exist. More recently, scientists began to find signs of the existence of such particles, tetraquarks and pentaquarks, traces of their existence were found at the LHC and at the Tevatron collider.

Their discovery, as well as the discovery of an exotic xy-baryon, a superheavy particle with a double positive charge, caused Marek Karliner and Jonathan Rosner, theoretical physicists at the University of Tel Aviv and Chicago, to think about how arise such particles and why they remain stable unusually long.

Analyzing their properties, scientists came to the conclusion that tetracarbics and xy-baryons should be formed in the course of collisions of other, relatively light, unstable elementary particles, during which quarks inside them will interact with each other, “swap”, lose energy and form more heavy particles.

Similarly, as physicists note, the collision of two B-mesons, particles that are now considered a “window” in the world of “new physics”, will lead to the production of heavy tetracavarks and the release of a similar amount of energy, as well as gamma radiation.

This process, as scientists say, is a kind of analogue of thermonuclear reactions in the bowels of the Sun and other stars – hydrogen, helium and other light elements in their center constantly collide and unite into heavier elements such as oxygen, lithium, carbon or iron, huge amounts of energy. As a rule, the heavier the quarks inside the colliding particles, the more energy will be released during the “thermo-quark” reaction.

Practical, including military, applications for this discovery yet, but it says that in the universe theoretically there may be clusters of exotic but stable matter or particles almost entirely consisting of b-quarks or other heavy subatomic particles. Their discovery, as scientists conclude, can completely turn modern theories about the birth and evolution of the universe.