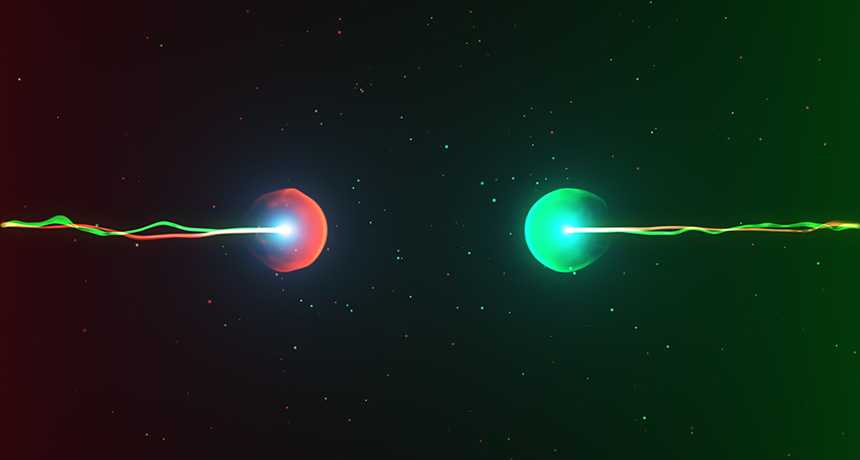 A group of American physicists for the first time connected two separate atoms to a molecule in a fully controlled reaction carried out with a laser.

To cause substances to enter into chemical reactions with one another, the reagents are mixed; individual atoms and molecules, approaching, tearing up the old and (or) form new chemical bonds. The reaction in the mixture is due to a number of accidents. Even if this happens in the laboratory, under strictly defined conditions, scientists do not control the interaction of individual atoms and molecules.

In the new experiment, specialists created a connection between two atoms, manipulating them with laser (optical) tweezers, a tool that allows to move very small objects, including individual atoms, with a few nanometers, using fast laser pulse series.

First, the atoms of alkali metals, cesium and sodium, cooled to a temperature below one ten thousandth of a degree, and then began to push them with laser beams towards each other until the rays were layered one upon another. The pulse of the third laser informed both atoms of the energy necessary for the formation of a chemical bond; as a result, a NaCs molecule was formed. The article about the experiment was published on April 12 in the journal Science.

Such controlled reactions on individual atoms and molecules in the future will allow scientists to study the physical processes leading to the formation of interatomic bonds, as well as to understand the behavior of isolated molecules. In addition, using laser tweezers, it will be possible to create molecules with specified quantum properties, believes the head of the research team, a chemist from Harvard Ni Kan-Kuen (Kang-Kuen Ni). Such molecules will find application in quantum computers, where they can be used as qubits, the authors of the experiment explain.