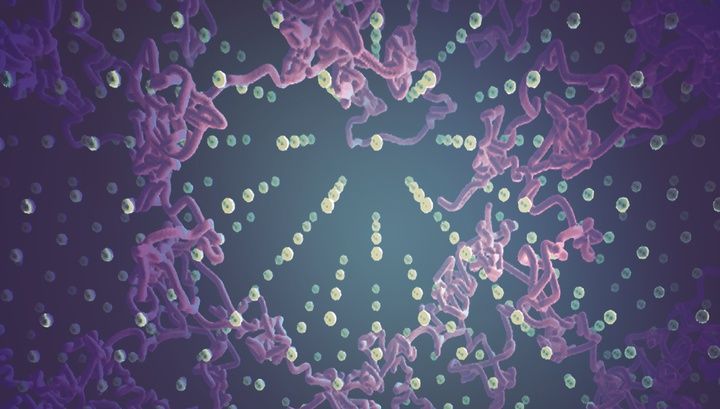 Further work in this area gave even more interesting results: in 1988, physicists theoretically predicted the existence of a superionic water.

In this state, it passes under heating to several thousand degrees and under the influence of high pressure (similar conditions reign on the giant planets – Neptune and Uranus). A distinctive feature of this exotic form is the presence of “similar liquids” of hydrogen ions moving inside the “solid” oxygen lattice.

Almost 30 years of super-ionic water existed only in theory – in scientific works and dreams of researchers. And now the team from Lawrence Livermore National Laboratory and other American scientific centers has proved in practice that such a form of water does exist.

Using the method of shock compression, which makes it possible to create a pressure of several million atmospheres, experts have found that it is possible to obtain the state of water of interest at a thermodynamic temperature of about 5000 Kelvin (slightly less than on the surface of the Sun) and at a pressure of 200 gigapascals.

To investigate matter at a given temperature and pressure, scientists used cells with diamond anvils. They worked with a cubic modification of ice called ice VII – the water turned into such a shape at room temperature and a pressure of 2.5 gigapascal.

Then came the time of shock compression: for this purpose, ice was exposed to ice VII. Six powerful beams of the Omega-60 laser from the Laboratory of Laser Energy of the University of Rochester provided a nanosecond pulse of ultraviolet radiation. The lasers hit not on the ice, but on one of the diamonds between which it was clamped. This led to the formation of powerful shock waves: the pressure on the sample increased to several hundred gigapascals. At the same time, the ice continued to be heated. 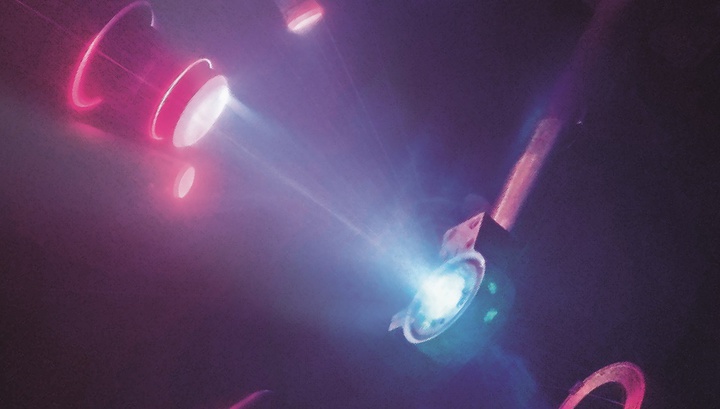 The team used complex measurement methods (interferometric ultrafast cycling and pyrometry) to characterize the optical properties of superionic water and determine its thermodynamic properties during a short experiment (scientists had 10-20 nanoseconds).

Lead author of the study, physicist Marius Millot (Marius Millot) notes that for the sake of these nanoseconds, his team spent two years to make measurements and two more to develop methods for data analysis. However, the importance of the study is difficult to overestimate.

First, scientists now have important data on the behavior of molecules under extreme conditions. As expected, in the future such experiments will allow to study the specific properties of materials and, consequently, manipulate them in the interests of mankind.

Secondly, this work opens up new prospects for astrophysicists, as, as already mentioned, Uranus and Neptune probably have a huge amount of exotic water ice.

Planetologists are convinced that these giant planets consist mainly of a mixture of carbon, hydrogen, oxygen and nitrogen, and 65% of their mass is water mixed with ammonia and methane. But, perhaps, not entirely so and under a thin layer of liquid is a mantle of superionic ice. Knowing more about its properties and the inner structure of the planets in principle, experts will be able to adjust the goals for future missions.

The authors add that the next step in their work will be to determine the structure of the oxygen lattice, in which hydrogen ions are enclosed. The team also plans to use its new methods to explore other forms of matter and elements, for example, helium, which abound in Saturn and Jupiter.

More details about the amazing experiment can be found in an article published in Nature Physics.