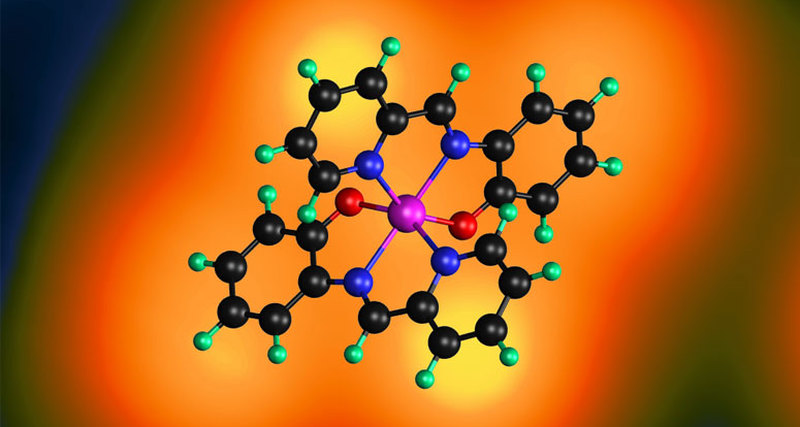 And not just recorded. A new approach to storing information will allow hundreds of times to increase the amount of external disk storage, while significantly reducing their physical size.

Over the past few years, building blocks of storage devices have become less and less. But further miniaturization of modern technology is impossible because of the fundamental limitations of quantum mechanics. The modern bit of information occupies space 10 by 10 nanometers, and it is impossible to make it less. The new approach gives not only a smaller size, but also a large amount of information, since scientists were able to record information on a molecule measuring only 1 square nanometer in size.

Physicists used the so-called spin-crossover molecules. To do this, they had to be placed on the surface, which is quite difficult, since this can damage their ability to store information. The research team from the University of Kiel not only managed to successfully place a new class of spin-crossover molecules on the surface, but also improved their ability to store information. As a result of this discovery, the amount of memory of ordinary hard disks theoretically can increase by a hundred times, and at the same time their size can become much smaller. A study on this is published in the journal Nano Letters.

The molecule used by scientists can not only take two magnetic states, but on a certain surface it also changes the direction of its adhesion to the surface. That is, it can be switched from high to low magnetic state and rotated by 45 degrees. “When translating this technology into a device for storing information, we can display information in three states: 0, 1 and 2. That is, in the device we will not have bits, but trits. The binary code will become a ternary code, “says Torben Jasper-Tonnies, Ph.D. and head of research.

The problem was to attach such a molecule to the surface, since the spin-crossover molecules are very sensitive and easily damaged, losing their magnetic properties.

After long attempts, physicists managed to synthesize a special magnetic molecule and place it on the surface of the nitrogenous copper, after which they not only managed to write down information on it, but also to count it.

Before such molecules are used in carriers at the industrial level, it is necessary to conduct additional studies, as well as integrate molecular memory into a small chip.