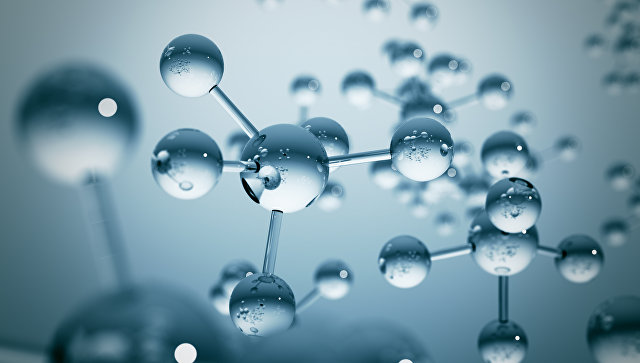 Swiss scientists for the first time in history were able to divide water into two different fluids, consisting of two types of water molecules. The methodology of this process is reflected in the journal Nature Communications.

“We showed that the reactions involving the parapets are 25% faster than with the orthovod, which is due to the fact that the spin of the nucleus of hydrogen atoms affects the rotation of the entire molecule. This is very important, since without complete control and understanding of how the of the molecule itself during the reactions, we can not disclose the mechanisms that govern their progress, “said Stefan Willitsch of the University of Basel, Switzerland.

The spatial structure and some physical properties of water molecules depend on the spin of hydrogen atoms. If the spin of both atoms is the same, such a molecule is called paravod, if they are opposite – an orthopedic. The exact differences between them are not yet known, but in 2002 Russian physicists showed that the orthowater condenses worse than the paravod.

The laws of quantum mechanics prohibit the direct transformation of one form of water into another, therefore in any glass with liquid there should be simultaneously isolated groups and para- and ortovods. Nevertheless, the first experiments showed that it is impossible to separate them, since some interactions between water molecules, whose nature is not yet clear, sometimes cause them to change the spin of hydrogen atoms.

Willich and his colleagues were able to solve this seemingly impossible task for the first time, cooling the water to a temperature close to absolute zero, and forcing the molecules of the para- and ortovodians to separate independently into two camps that do not touch each other.

This was achieved by turning water into a kind of steam – an extremely rarefied mixture of water molecules and argon atoms, which does not solidify even at ultralow temperatures. Having prepared a sufficient amount of this mixture, scientists missed it through a powerful generator of electrostatic fields. It was divided into two narrow streams of molecules, one of which consisted only of the paravody, and the second – only from the orthovoda.

The streams crashed into a cloud of another gas, consisting of calcium and diazenylium ions, a fragile compound of two nitrogen atoms and one hydrogen atom. Diazenylium, even at extremely low temperatures, actively interacting with water, giving it excess hydrogen, has become one of the first interstellar chemical compounds discovered by astronomers in space in the last 50 years.

Shelling this cloud and streams with ultraviolet rays, scientists were able to see how both forms of water interact with diazenylium, and reveal several interesting properties of para- and ortovody. For example, it turned out that the paravod is much faster and more active in reacting with N2H molecules, which indicates significant differences in their “behavior” and chemical interactions.

Further experiments with “clean” versions of water, as the scientists hope, will also help to identify other differences between them and understand why the proportions of para- and ortovody on the Earth differ from those values ​​that are calculated for other stellar systems. All this, in turn, may prove to be critically important for the disclosure of the history of the formation of the planet and the birth of life.