Physicists from specified forecasts for the onset of the “nuclear winter” 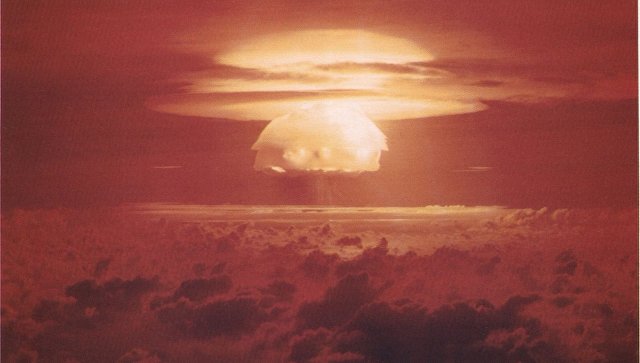 The arsenals of all nuclear powers should contain no more than 100 warheads so that their use does not cause “nuclear winter” or “nuclear autumn” and does not lead to the disappearance of humanity even without a retaliatory strike, the article published in the journal Safety says.

“Having a hundred nuclear warheads, the nuclear powers will not lose the deterrent potential, but they will avoid the” nuclear autumn “and the mass death of their own citizens, if we used only one thousand of our warheads, and the potential enemy would not answer us, we would kill 50 times as many Americans as terrorists during the attacks of September 11, 2001, “said Joshua Pearce of the University of Michigan Technological University in Houghton, USA.

Weapons of the Day of Judgment

Today, there are nine nuclear powers in the world – five “official” states that signed the 1968 Treaty on the Non-Proliferation of Nuclear Weapons and four “regime violators” who explicitly or implicitly claimed that they had similar warheads. The first include the United States, Russia, France, Britain and China, and the second – India, Pakistan and the DPRK, “openly” violating the NPT, and Israel with its policy of “nuclear opacity.”

During the years of the Cold War and local conflicts, all these countries have accumulated a huge number of nuclear warheads – about 15,000 warheads, aviation bombs and other explosive devices. According to current estimates of scientists, such reserves are enough to completely erase all life from the face of the Earth several dozen times.

As scientists suggested then, the use of several tens or hundreds of nuclear warheads could cause a “nuclear winter” – a sharp cooling of the climate caused by a huge mass of dust and soot released into the atmosphere after nuclear attacks. The main cause of death of people in this scenario is not the thermonuclear impact or radiation itself, but mass hunger and low temperatures.

These predictions, according to Pierce, were compiled by Carl Sagan, the most famous astronomer, and his team with fairly simple computers and equally simple models. For example, they did not take into account how the disappearance of the global trading network will affect the lives of different countries, their agriculture and critical industries.

Guided by such ideas, Pierce and his team updated the model of “nuclear winter” and tried to calculate the number of warheads, in the application of which the consequences for the climate and the population of the Earth would not be so catastrophic.

Changing the number of nuclear warheads in the arsenals of the belligerent countries and the purpose for which they were sent, scientists estimated the mass of ash that appeared during such bombings, and the consequences of its entry into the atmosphere.

As these calculations showed, even with full reflection of the response attack, the use of seven thousand or one thousand warheads will lead to catastrophic consequences. Only in the first year after the conditional nuclear conflict between the United States and China, “nuclear autumn” and famine will be destroyed by about five million Americans, and the number of victims will only grow after the destruction of trade ties.

For this reason, physicists recommend that all nuclear powers limit their arsenals to one hundred warheads. Their simultaneous application will continue to cause irreparable economic damage to the “conventional enemy”, but it will not cause a nuclear winter and irreversible climate change.

“From this point of view, it seems extremely irrational that today the US spends billions of dollars on maintaining a nuclear arsenal, the application of which will do no less harm to ourselves than to our potential enemies.” Some other countries have a worse situation – for Israel or the North Korea’s use of nuclear weapons will be a real suicide, “Pierce concludes.