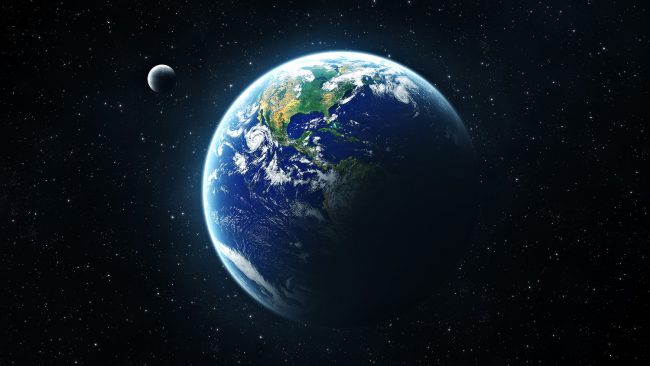 The strength of gravity may seem strong, if you bow on a ball for bowling, but in fact this is the weakest of the fundamental interactions. Compare it with electromagnetism: the attraction of all the gravity of the Earth will not prevent you from attaching the magnet to the refrigerator. This weakness incredibly complicates the measurement of gravity.

A group of scientists from China reports that they were able to perform the most accurate measurement of the gravitational force – the Newtonian or universal gravitational constant G. G describes the gravitational attraction between two objects in terms of their masses and the distance between them. Numerically, it is equal to the modulus of the gravitational force acting on the point body of unit mass from the side of another same body located from it at a unit distance. A new dimension will be important for both precise atomic clocks and for studying the universe, the Earth and other sciences that are somehow tied to gravity.

The values ​​measured by the team “have minimal uncertainties at the moment,” says a work published in Nature.

The most accurate measurement of the gravitational constant

Given the small value of G, it is incredibly difficult to determine its precise value, and the value agreed by the International Committee on Data for Science and Technology (CODATA) is much less accurate than the values ​​of other numerical values ​​that scientists use. Today, scientists use the value of 0.0000000000667408. But calculating G in this range will be akin to drawing with a fat brush, while constants in other experiments are “drawn” with thinner brushes.

In the new study, the scientists carried out two independent calculations of G, using a pair of pendulums in a vacuum, one for each test. Each pendulum swings between a pair of massive objects whose positions can be adjusted.

Pendulums measure the force of gravity in two ways. First, they measure the difference between how fast the pendulum swings in the “near”, or parallel, position, compared to the “far” or horizontal position. They also measure how the swing of the pendulum changes depending on the attraction of the test masses.

Obviously, such experiments require ultra-sensitive detectors and carefully controlled installations for accurate determination of G. In addition, the laboratory is in a special room in the cave, which allows to take into account the possible consequences of temperature changes.

Scientists managed to make two measurements for methods that take into account the time of rocking and angular acceleration, respectively, and they amounted to 6.6774184 and 6.674484 hundreds of billionth part (10-11). The measurements were accurate, but for unknown reasons they all broke up among themselves. Perhaps it’s the string used for the pendulum.